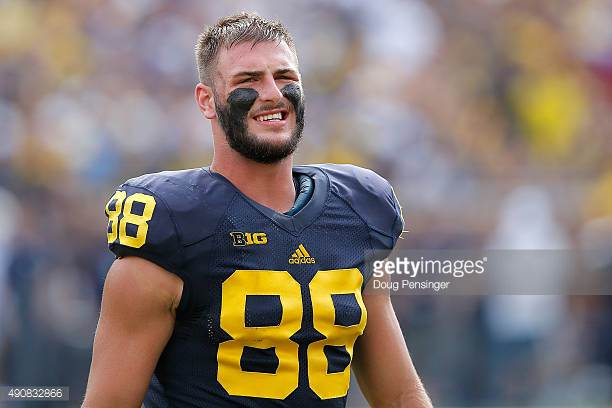 If there was one thing that I was looking for more than anything heading into the final day of the 2017 NFL Draft, it was for the Pittsburgh Steelers taking a tight end. If you want to extend the list to two, it would have also included the Steelers avoiding the temptation of taking a quarterback.

In one fell swoop, my ambitions were dashed upon the rocks in the fourth round when the Steelers used their selection at that spot on quarterback Joshua Dobbs, who will now spend the next two years competing with Landry Jones to back up Ben Roethlisberger and never actually become a starter—but we’ll have more on that later.

The upshot of that decision is that they completely missed the window of upgrading their tight end position, because the talent was wiped clean soon after their fourth-round selection, and well before they had another pick in the fifth round.

The Steelers used the 135th-overall selection on a quarterback who will compete for a backup position. Beginning at the top of the fifth round, the tight end position was ravaged. By the time it was over, all the players at the position that I was entertaining were gone.

Coveted but injured tight end Jake Butt was taken by the Broncos, who evidently filled a significant Butt-hole in Denver’s roster. Immediately after that fell George Kittle, whom both Dave Bryan and myself were rooting for. Four spots later, it was Jordan Leggett going to the Jets, who will not throw footballs to tight ends seemingly out of spite.

Four more picks down, with the 10th pick in the fifth round, Washington picked up Jeremy Sprinkle to add to an already talented tight end group. If only the Steelers could say the same thing about their tight end group—and perhaps they could have, if only they had pulled the trigger when they needed to.

The Steelers were criticized pretty heavily from certain quarters for using a late-third-round pick on running back James Conner to assure that they would be able to get the back that they wanted, evidently fearing that he would not be available in the fourth round.

If they were truly interested in adding a tight end, they should have taken the same approach there and pulled the trigger on one with that fourth-round pick. I personally would have felt much better about this draft class if Kittle were added to the mix as a game-ready blocker with pass-catching upside.

Now they head into 2017 with what they brought into the season a year ago, with perhaps as many question marks. Who knows, for starters, how Ladarius Green is doing right now after he finished the season battling a concussion. They have added Pittsburgh tight end Scott Orndoff as an undrafted free agent.

Beyond that is Jesse James, who will never be a quality starter, blocking tight end David Johnson, and the easily-improved-upon Xavier Grimble. Which suggests to me that we should expect more tackle-eligible work, and perhaps even more usage of three-receiver sets.