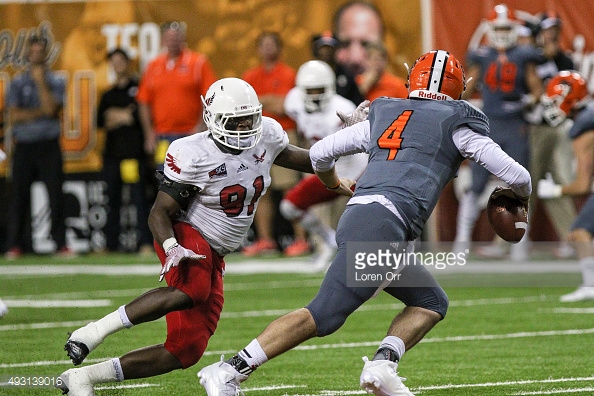 We now know of another outside linebacker the Pittsburgh Steelers are bringing in for a pre-draft visit. NFL Draft Scout’s Rob Rang reports Eastern Washington OLB Samson Ebukam is coming in a for visit today.

Rang notes teams have been lining up to talk to Ebukam since his workout where he clearly posted elite numbers. Oh yeah, he also looks the part too, showing up absolutely shredded at his Pro Day workout.

Ebukam, a Combine snub despite 24 sacks & 38 TFL, drew plenty of interest at the actual Pro Day. 39 degrees that day. pic.twitter.com/fBI61i8gzV

He combines athleticism with production, ending his career with 44 TFL and 24 sacks per his bio. That included 15 TFL and 9.5 sacks as a senior, a strong year that led him to be named an AP Third-Team All-American. Ebukam was a three year starter in college and played extensively in his freshmen season.

Be sure to keep tabs on our pre-draft visitor list throughout the draft process. The Steelers always end up drafting 2-4 names from their pool of 30.