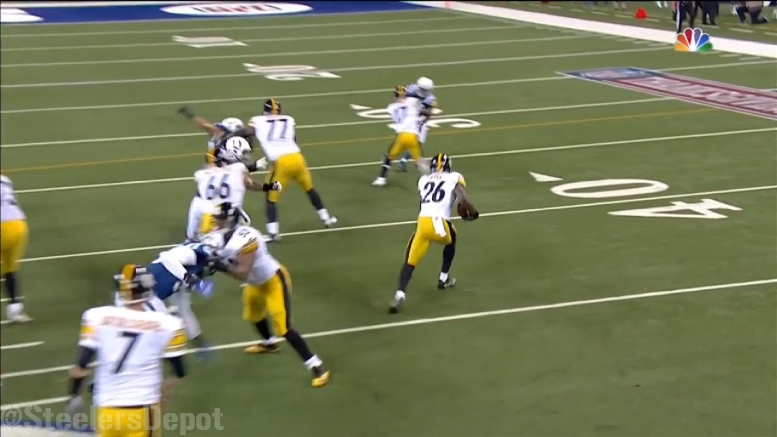 Alejandro Villanueva: There really is little argument that Alejandro Villanueva’s backstory makes for good reading. But over the course of the second half of last season, his first full year as a starter, his play on the field became some good viewing as well. He has already shown that he is capable of playing like a top-10 left tackle, and this year has the opportunity to establish himself as such with consistent play. The Steelers are reportedly hoping to extend his contract this year even though he is an exclusive rights free agent.

Marcus Gilbert: A former 2011 second-round draft pick, Marcus Gilbert not only transformed his game, but also his physique over the course of the past few seasons and has really come into his own. The injury bug came around to bite him again last year, but by the end of the season he was playing some high-quality football.

Jerald Hawkins: This may not be where he is currently in the pecking order, but it is where I think he will end up. The second-year pro spent his rookie season on injured reserve after injuring his shoulder in his lone preseason contest, in which the fourth-round underclassman from 2016 looked the part.

Chris Hubbard: Hubbard will be factored into the tackle equation until he’s not. He started three games at right tackle and impressively held his own. He is a jack of all trades (even tight end), albeit a master of none, and a valuable commodity at that.

Brian Mihalik: A pretty significant opportunity opened up when Ryan Harris announced his retirement. Brian Mihalik took Harris’ spot on the 53-man roster when Harris went down a year ago, and he could be the favorite to be the fourth formal tackle on the roster this year.

Matt Feiler: Feiler has been around for a couple of years now, and has worked at both guard and tackle. The former undrafted free agent was on the practice squad for parts of the past two seasons.

Keavon Milton: Keavon Milton spent about half the season on the practice squad and is back on a Reserve/Future contract. Unlike most futures players, he has spent a bit of time in the league before.

Ryan Harris: The Steelers signed the veteran free agent last season to a two-year contract with an eye toward having him compete for Villanueva for the starting left tackle position and as a security blanket, but he lost the battle and the first time he was called into action he got injured. He announced his retirement this offseason and has moved on to a radio gig.

Notes and Draft Outlook: Harris’ retirement has to at least make drafting a tackle a topic of consideration, but it’s not one that I think is necessary, even if that requires a bit of faith in the part of the development of Hawkins and continued capable play from Hubbard. Mihalik also offers intrigue. In my mind, they have enough bodies here to head into the season—and this is a pretty poor class for tackles anyway, especially after the first couple of prospects.