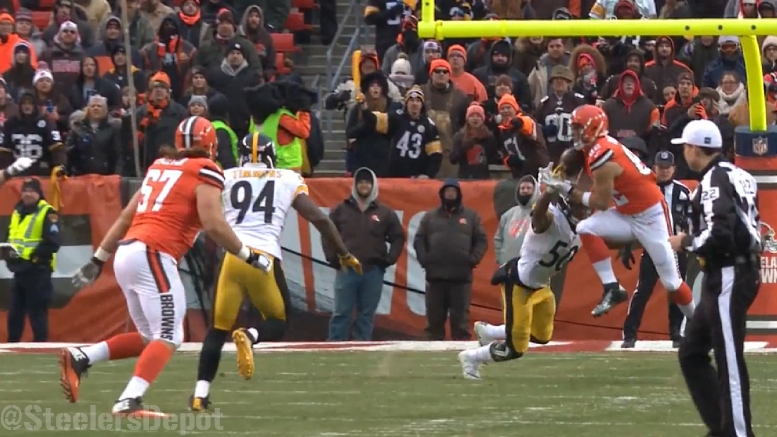 Ryan Shazier: Shazier continued on the lineage of Pittsburgh Steelers linebackers making the Pro Bowl last season and continues to develop into a dynamic and impactful player. While he is not flawless, there are times at which it looks as though the only thing that can stop him is his health.

Vince Williams: The departure of Lawrence Timmons likely thrusts Vince Williams into the starting lineup barring some other change in the interim. Williams has played well when asked to start before, but there are questions about his range and speed, particularly in coverage assignments.

Tyler Matakevich: A rookie seventh-round pick a year ago, Matakevich has demonstrated a nose for the football, but faces similar concerns as Williams as bigger, more lumbering linebackers that would have been better suited to play in an earlier decade. Still, his future is yet to be written.

Steven Johnson: A bargain free agent signing a year ago, Johnson made an immediate impact on special teams when given an opportunity. Even though he ended up on injured reserve the Steelers quickly signed him to another one-year deal.

L.J. Fort: Fort is the proverbial journeyman, even if he is entering his third season now in the Steelers’ system, coming off a year in which he spent the majority on the 53-man roster. Coaches have spoken positively about his coverage skills, which could be the asset that keeps him around.

Akil Blount: Currently best-known as the son of Steelers Hall of Fame cornerback Mel Blount, Akil Blount was undrafted a year ago and failed to make the Dolphins’ roster, going unsigned thereafter until Pittsburgh picked him up in February. One thing that will aid him is his natural athleticism. Good genes.

Lawrence Timmons: It’s hard to lose a player like Timmons as much because of the history between him and the team as because of the on-field implications. Timmons was unquestionably a great Steeler and underappreciated league-wide, considering that he made just one Pro Bowl. Pittsburgh was open to retaining him, but not for $11 guaranteed over two years.

Notes and Draft Outlook: Given the value that the team places on the inside linebacker position, drafting one as early as the first round has to be considered an option. More likely, however, they may look to add depth behind the starters, particularly for a player who is more athletic and profiles more as a mack, as they have more ‘buck’ bodies in the mix already.