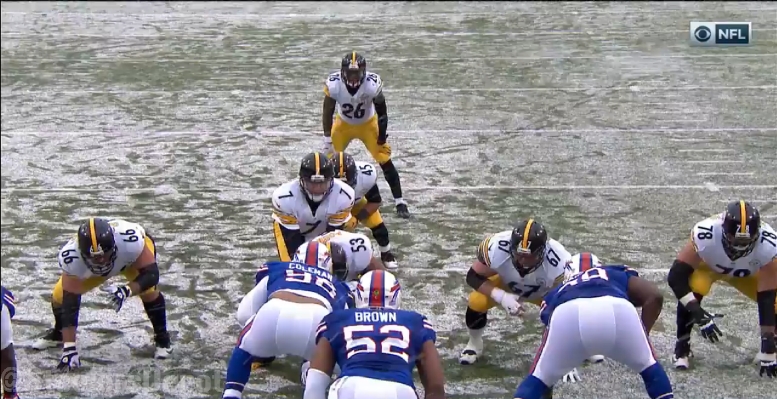 Ramon Foster: Foster just turned 31 in January, and, really, the fact that he’s over 30 is the only knock I’m going to put against him. He has no holes in his game. There should be no urgency to replace him unless we see a decline in his performance.

Maurkice Pouncey: Pouncey has made it a habit of bouncing back strong from serious injuries, though his 2016 edition was not quite as successful as his 2014 season, which I thought was his best yet. Hopefully he is even more stable and mobile in 2017.

David DeCastro: While is seems that his penalties overshadowed his play, DeCastro was deserving of another trip to the Pro Bowl. He still needs to work on his consistency, but there’s a reason the line features him so often as a lead blocker.

Chris Hubbard: While he was a tackle in college, and all of his starts have come at tackle, Hubbard mostly worked inside in his first couple of seasons. He got work at guard and even center during the preseason and regular season though. The Swiss Army Knife of the line. Trai Essex 2.0?

B.J. Finney: But the Steelers found their top interior reserve last season in Finney, who had two very strong starts in place of Foster at left guard. His start at center in the season finale didn’t go as well as one would have liked, but he is more than capable of playing the position as a Rimington Trophy finalist in college.

Mike Matthews: The son of Hall of Famer Bruce Matthews, Mike was an undrafted free agent picked up by the Browns last year as a center and was a late cut. The Steelers signed him to a futures deal in February.

Kyle Friend: Friend is another center the team added to a futures deal. He spent time on the Jets’ practice squad a year ago after coming out undrafted.

Cody Wallace: The Steelers’ primary interior reserve for the past couple of seasons, and an 18-game starter in 2015, Wallace suffered a knee injury in the preseason and never played, eventually shuffling to injured reserve. He remains unsigned, but with the injury, his age, and the emergence of young depth, that is not surprising.

Notes and Draft Outlook: This might be the most well-solidified group on the entire roster. They have three quality starters, including All-Pro-capable ones, and the savvy veteran leader. They have two quality interior reserves, with Finney having the makings of being starter-capable. I would be very surprised if any further resources were wasted trying to improve this area.