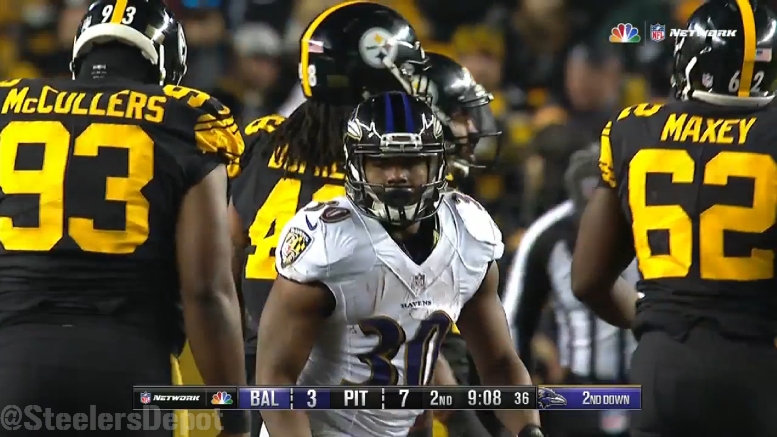 As Steelers fans should know awfully well, when it comes to building a roster, not everybody ends up coming into the league by being a draft pick. There is no shortage of examples of having players come in as undrafted free agents and go on to have very successful, even Hall-of-Fame careers. We’re looking at one of the great ones with James Harrison entering his age-39 season, and he’s not the only highly notable example on the roster.

Anyway, the point is, when looking back at a draft class, it’s important not to leave out those who also came in as undrafted free agents. A recent example of this would be B.J. Finney, who was an undrafted free agent in 2015 and started three games in 2016, playing at a high level along the offensive line.

One of the success stories of 2016’s crop of undrafted free agents was defensive lineman Johnny Maxey out of Mars Hill, a small-school product who was called upon late in the season when the Steelers were suddenly in desperate need of defensive linemen.

You might recall that Cameron Heyward was already lost for the season by the time Stephon Tuitt tweaked his knee in Week 15. Maxey was called up from the practice squad later that week and participated in the final two games of the regular season, playing 51 snaps.

While he only registered one tackle, he did show himself to be a pretty active player. While he needs to work on his functional strength, he has some explosiveness to his game that the Steelers obviously felt was worth investing in further.

Unfortunately for him, the team is probably already set along the defensive line in terms of the 53-man roster for the 2017 season, so he may well be looking at another year on the practice squad, barring a significant development. But he already made that step forward in beating out Caushaud Lyons. Could he unseat L.T. Walton? I wouldn’t bet on it, but he does have the potential to offer more in the passing game.