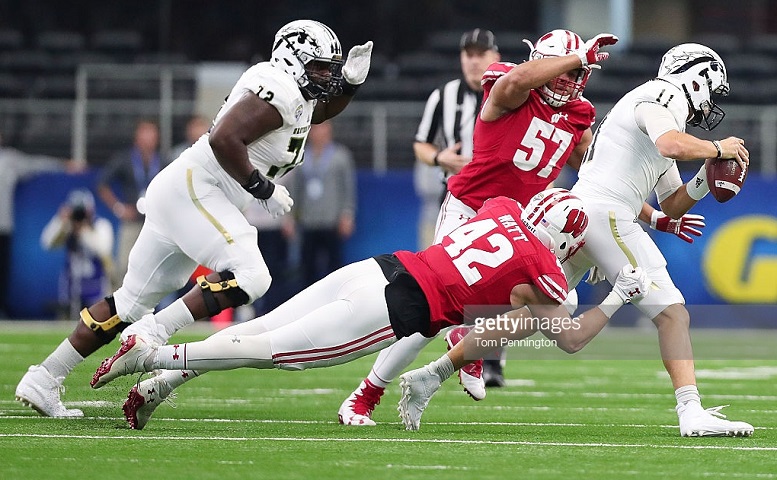 Pretty light day here at the Depot. We’ll round things off with some scouts’ take on Wisconsin OLB TJ Watt, a name that’s in play for the Pittsburgh Steelers at pick 30. The Milwaukee Journal Sentinel’s Bob McGinn is one of the best draft reporters in this process because of his “in” with several scouts, giving us some really good inside information.

He ran through basically every Badger and Wisconsin draft prospect, which of course, included Watt. Here’s the blurb on him from multiple scouts.

Liking him more than his older brother is certainly high praise, though to be fair, JJ Watt wasn’t viewed as a count-miss prospect coming out.

Though not said specifically in the blurb, McGlinn notes Watt is projected as a top 40 pick, which I assume is what scouts said/implied to him. That certainly puts him in play for someone like Pittsburgh at 30. The Steelers have shown heavy interest in him, attending his Pro Day and having dinner with him, something they’ve done with each of the last two first round draft picks. He was one of two OLBs to check every box in our “what they look for study,” too.

It’s of course impossible to say but I believe Watt is one of the leaders to be the team’s pick at 30 and the top outside linebacker possibility. Definitely check out McGinn’s article for a look behind the veil, especially if you’re a Badgers’ fan.

And here’s our report on Watt.