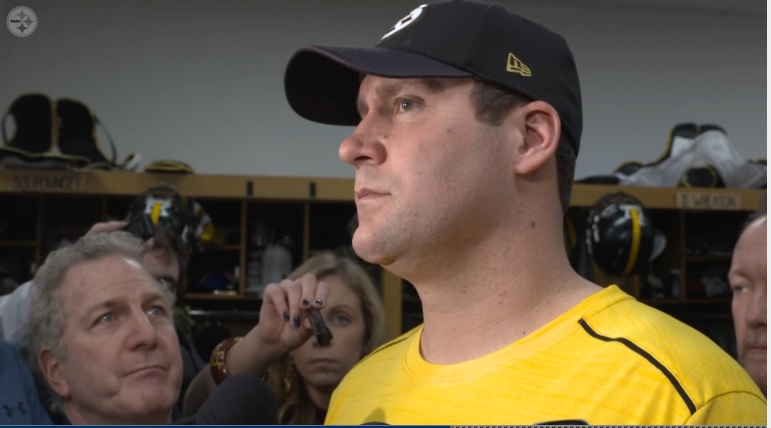 Yesterday, NFL Network’s Aditi Kinkhabwala reported Ben Roethlisberger has made a push to the Pittsburgh Steelers’ front office to draft a tight end early in this year’s draft. Today, Roethlisberger refuted that report.

He put out the following statement to Mike Florio via Pro Football Talk.

“The report of me lobbying to draft a tight end or pass catcher is wrong. Coaches and teammates know I love the guys we have and always believe we can win. I trust the organization to do their best selecting players to help us, and and every year they tell me generally the positions they are exploring, but I have not lobbied or demanded we add a tight end or pass catcher or any other position through the draft or free agency.”

Ultimately, this is much ado about nothing. I’m sure it’s no secret Roethlisberger would want more weapons like any quarterback would. And ultimately, Mike Tomlin and Kevin Colbert are the final decision makers and the Steelers’ draft will likely be defensive focused.

That doesn’t rule out the possibility of a tight end. Ladarius Green is impossible to trust going forward, even if there is still hope for him to contribute in 2017. And if Martavis Bryant is not reinstated, or the league fails to make a decision by draft day, it would shift the needle to taking a receiver earlier than what most people expect.

It may be a bit surprising to see Roethlisberger so quickly and openly push back against the report. For what it’s worth, Kinkhabwala and Roethlisberger had a rocky relationship in 2016 and there’s probably some animosity between the two. This report and rebuttal certainly won’t help, not that any of that matters for all of us.