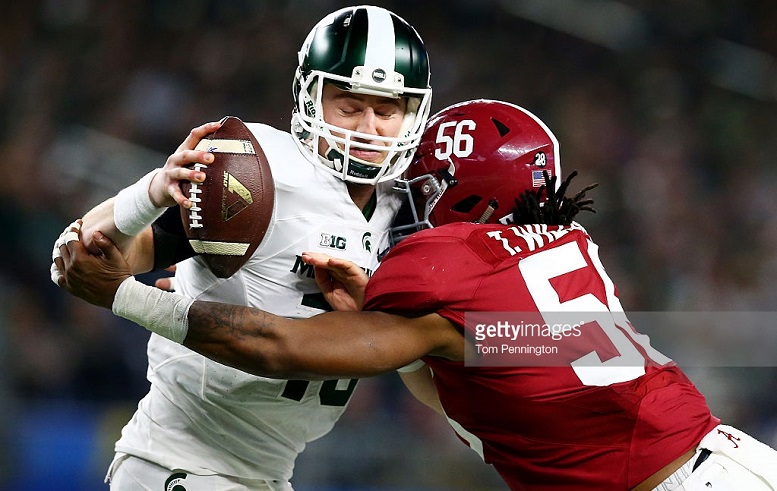 You might have already seen the news but we’re nothing but diligent come draft time. The Pittsburgh Steelers continue their OLB tour, reportedly conducting a private workout with Alabama OLB Tim Williams. Jared Tokarz first dropped the news.

The biggest issue with Williams, something we’ve discussed before on here, comes off the field. Rumors swirled around him in college over drug issues and admitted it – to his credit for the honesty – at this year’s Combine. He said he failed more than drug test in college.

Here’s what he told reporters via Al.com.

“Oh, yeah. I have failed some. A young player, making decisions that I grew from. That’s all about life, being a man and owning up to your situations — owning up to your mistakes because everybody makes some. I’m not here laughing around and joking. I know I have something to prove.”

Williams’ stock is  bit all over the map but most see him as an early to mid second round selection. There is still an outside chance the Steelers could take him at 30 and obviously, the team has a serious level of interest.