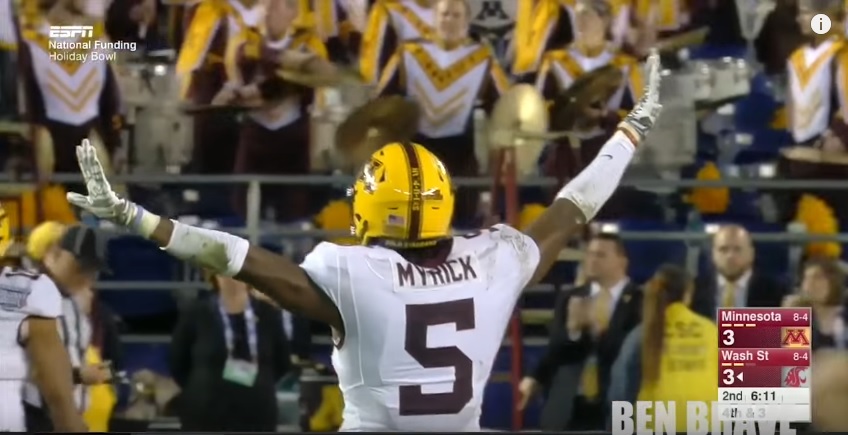 Busy busy morning here on Steelers Depot. I hope we are making your Monday as unproductive as possible. The Pittsburgh Steelers will reportedly bring in Minnesota CB Jalen Myrick for a pre-draft visit later this week according to ESPN Insider Adam Caplan.

#Steelers, still in search of help at CB, have Jalen Myrick (Minnesota) scheduled for a pre-draft visit for this week.

Over the last two years at Minnesota, he made 20 starts, recording 68 tackles and four interceptions. NFL Draft Scout has his stock shooting up and is now projected to be a Day Two pick.

Myrick nearly made our CB list from this morning, only failing in height, where he missed by less than half-an-inch. He is the second known CB to be brought in for a visit. Michigan’s Jourdan Lewis was the other.

If/when his name is officially announced by the team, the Steelers will have 15 official, non-local pre-draft visits. There are still four others reported but not announced, meaning the team is getting closer to the end of the all important visits.

Update: Another visit just came across the wire. Aaron Wilson is reporting the Steelers are also bringing in Western Michigan EDGE Keion Adams for a Wednesday visit.

Western Michigan LB-DE Keion Adams to visit Steelers on Wednesday, according to a league source