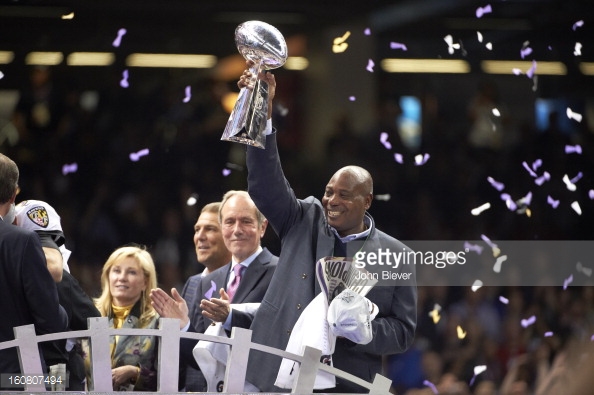 If there is anything that Baltimore Ravens general manager Ozzie Newsome loves about having a bad season, it is that it means it sets him up with some ammunition to wheel and deal during draft time to bolster his arsenal for rebuilding a roster.

From his rookie season up to 2015, the Ravens made the playoffs every year with Joe Flacco at quarterback. The past two seasons now, however, they have finished toward the middle or bottom of the league.

Last year, Baltimore actually wanted to move up from the sixth spot to try to get cornerback Jalen Ramsey. This time around, sitting there with the 16th pick in the first round, Newsome says he has already been getting calls from teams about the availability of said selection.

But he also said the team is going to consider making a move up from 16 as well.

“We will evaluate that when we get to the pick”, he said during a pre-draft press conference. “It’s always based on the player that’s there, and then what’s being offered and how far we want to go back. So all of that comes into play and we’ve had some calls already about teams that are willing to move up to our spot. But they always qualify by saying, ‘if our player gets there’”.

Newsome has quite a history of making trades, having already made two player-for-pick trades this offseason alone. He has made at least one trade for every single season of the existence of the Ravens franchise, and that has included four trades in the first round in the past decade or so. And that doesn’t even include the time they failed to get a trade in on time when they took Jimmy Smith in 2011.

“The other thing we found out last year is that there may be an opportunity to move up, to go and grab a player, and give up one of our resources because we feel like we can take some of the other picks that we have, move back and gain what we gave up”, he said.

And they do have moveable parts now should they choose to do so. Following their most recent trade, they now have four picks in the top 78, so if they use one to trade up, they could use another to trade down. Last year, they ended up with five picks in the fourth round.

Newsome says that the Ravens “have to be prepared” to pick at the spots that they are now, but added, “as we will start to move forward on the day of the draft, we will have a plan that if we move back five spots, who do we have a chance to get?”.