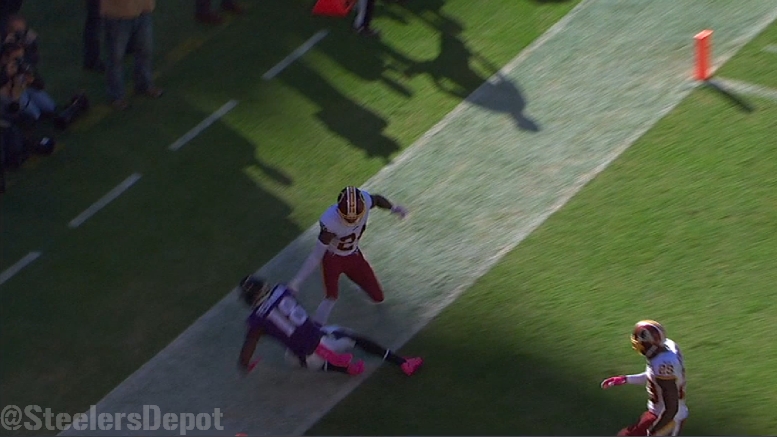 The 2017 NFL Draft certainly was an interesting one that occasionally broke in unexpected (and unfortunate, depending on who you are) ways. There was an early run on wide receivers that prevented the Baltimore Ravens from considering one there in the first round that was widely regarded as a need position.

So they ended up coming out of the entire draft with no help at the skill positions at all for quarterback Joe Flacco, which certainly is an interesting approach. The Ravens already had a strong defense, but they used their first four picks there, including a cornerback in the first round, a defensive end, and two edge rushers, all in the top 78 picks.

That’s great for the defense—but what about the other side of the ball?

The Ravens’ wide receiver group was already fairly average, but since last season Steve Smith retired and Kamar Aiken left in free agency. Now they are expecting Mike Wallace to take on some sort of leadership role? If I were Baltimore, I would have my concerns about this, as I’ve always viewed Wallace as a player who thrives as an accessory piece rather than a feature, and getting older hasn’t made him any faster.

Aside from Wallace and Breshad Perriman, the Ravens’ wide receiver depth chart is filled with a bunch of unproven names. Perriman, a former first-round draft pick who in large part due to injuries has yet to live up to his draft stock, caught 33 passes for 499 yards and three touchdowns in 2016.

With Aiken gone, the next-most productive receiver remaining with the team is second-year wide receiver Chris Moore, whom the Ravens drafted in the fourth round last year. He caught seven passes for 66 yards.

The only other wide receivers on the roster are Chris Matthews, a cast-off from Seattle, Vince Mayle, a mid-round receiver the Browns gave up on, Kenny Bell, a former Buccaneears cast-off, and Keenan Reynolds, a second-year player who was a quarterback in college and spent most of the year on the practice squad.

If you compared and contrast the Ravens’ wide receiver group with the rest of the AFC North—particularly Pittsburgh’s group, of course, though the Bengals have bolstered theirs as well—it’s obvious who is losing the arms race.

Baltimore’s solution is evidently to counter their opponents’ weapons and hope they can even the playing field that way. After signing Brandon Carr in free agency, they drafted Marlon Humphrey in the first round. Throw in veteran Jimmy Smith and last year’s Tavon Young, and they have a pretty solid core to build around there.

But the NFL is a different game from when the Ravens won a Super Bowl with defense in 2000. They are going to need to score more points, and really, taking in everything they’ve done so far this offseason, they have not improved their ability to do that—in fact, they may have gotten worse given their losses.