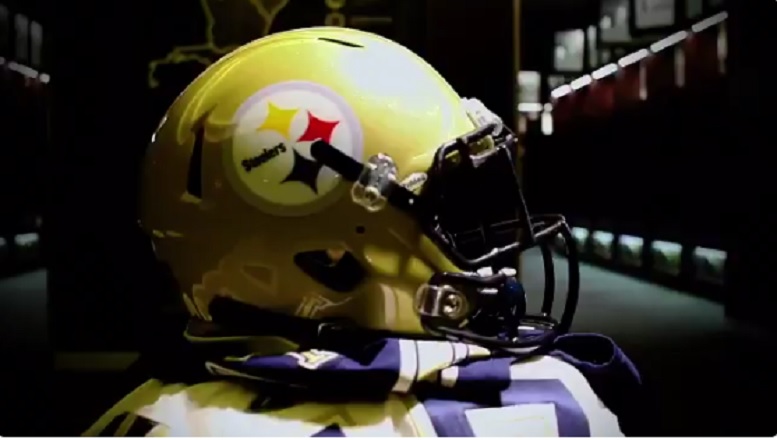 The Pittsburgh Panthers will play their annual Blue-Gold Spring Game Saturday at Heinz Field and the players will wear the Pittsburgh Steelers logo on one side of their helmets as a tribute to team chairman Dan Rooney, who passed away a few days ago at the age of 84.

Panthers head coach Pat Narduzzi announced the news that his team would be donning the Steelers logo on his Twitter account Friday evening and he included a short video of what the helmet will look like.

Our players will wear this helmet in tomorrow's Spring Game to pay our respects to a great man, Mr. Dan Rooney. #PittsburghLegend pic.twitter.com/yFNFT56ZaI

Narduzzi released a statement on the passing of Rooney on Thursday:

“A truly unforgettable and special moment for me was getting a personal visit from Dan Rooney after I had just accepted the head coaching job at Pitt. This is a man who built one of the most successful and famous sports organizations in the world, yet he was always so humble and accessible to everyone. Mr. Rooney represents the very best of the game of football and the very best of Pittsburgh. I don’t believe this unique collaboration between an NFL team and college program could exist anywhere else. The credit for that goes to Mr. Rooney and his passionate commitment to Pitt and Pittsburgh. Our hearts and prayers are with the Rooney family and Steelers organization.”

The Panthers tribute to Rooney comes one day after the Pittsburgh Penguins honored the Steelers late chairman by wearing a decal on their helmets in their home playoff game against the Columbus Blue Jackets. The Penguins won that game 4-1 and now have a 2-0 lead in that series.