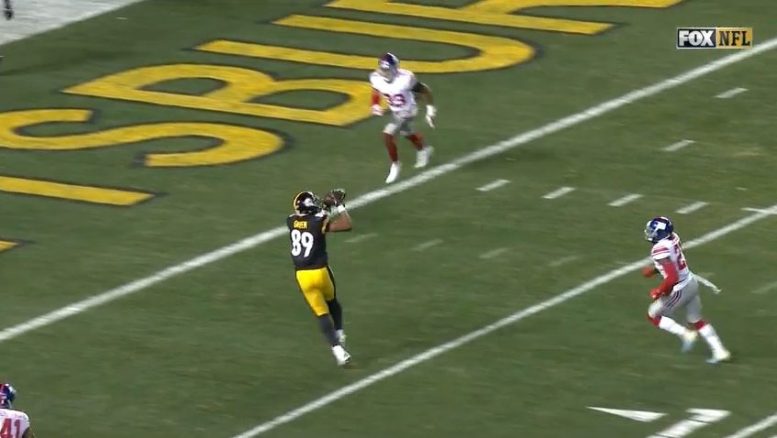 Here’s an interesting and somewhat random statistical quirk recently brought to you by the people over at Pro Football Focus: over the span of the past 10 seasons—which is a significant sample size—Pittsburgh Steelers tight end Ladarius Green’s yards gained per route run in 2016 was among the best in that span.

In his limited sample size of six games, Green did manage to run 101 routes on the season for Pittsburgh, gaining 304 receiving yards for his efforts on 18 receptions and 34 targets. 30 targets was the threshold to qualify for the top 20 list, but he was one of only four on the list below 200 routes run (and not the lowest).

Green’s was one of just 11 seasons for an individual player over the course of the past 10 seasons with a sample size of at least 30 targets to have averaged at least three yards per route run for the year, which is certainly significant even while considering the likely inevitability of a reduction in efficiency with a greater sample size.

The article cited points out the fact that while Green’s numbers might be based on a relatively small sample size, “there were plenty of other player-seasons with similarly small samples in that group that did not have the efficiency Green offered”. As noted, Darren Sproles is second on the list and he ran 99 routes, also in 2008.

It does also provide some interesting and useful information about Green’s numbers in conjunction with his time in San Diego. The article states that his usage with the Chargers was inconsistent, but that over two thirds of his routes came from out of the slot. With the Steelers last year, his slot routes represented under a third of his total. Arguably, moving out of the slot more often resulted in deeper targets and thus greater opportunities for yards per any given route.

On the season, Green did average 16.9 yards per reception and while he had no receptions of 40 or more yards, nearly a third of his receptions went for at least 30 yards. His best season in terms of yards per reception, however, came in 2013 when he caught 17 passes for 376 yards and three touchdowns, averaging 22.1 yards per reception. Obviously he must have run a lot more routes, however, otherwise he would be on the aforementioned list.

That point also indicates that Green experienced a high number of targets relative to the amount of time that he spent on the field. In fact, if we look at the numbers, he was targeted on about a third of every route he ran, which is a very healthy usage rate. I don’t know what the 2017 season will hold for him, but I sure would like to get a larger sample size of his body of work.