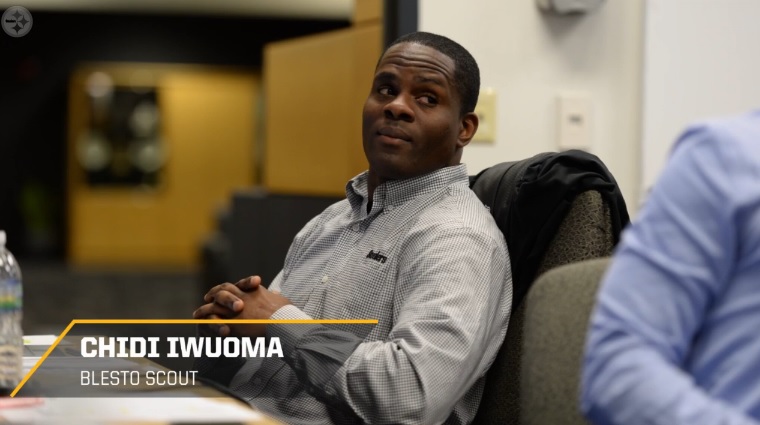 Steelers.com has an awesome video on the people who actually matter during the draft process, the Pittsburgh Steelers’ front office and coaching staff. Included in the eight minute video are interviews with Art Rooney II, Kevin Colbert, and Director of College Scouting Phil Kreidler.

They go through the history of the team’s draft process, starting with Bill Nunn in the 1970s and the everlasting impact he had on the franchise.

“Bill was actually somebody who went to traditionally black colleges and started bringing players to us who, truth be told, we didn’t have players coming from those colleges in the early days,” Rooney II said in the clip.

Some of those names include North Texas‘ Joe Greene, Alabama A&M’s John Stallworth, and South Carolina State’s Donnie Shell. Stallworth is a particularly fun story, legend having it that Stallworth timed poorly on the day all the scouts attended due to rain. Nunn stuck around an extra day and tested him on a dry track, getting a much improved time.

Colbert and Kreidler go through the current day pre-draft process from scouting during the season to all the pre-draft events like the Senior Bowl and Combine.

“Roughly, we’re going to start off with 1000 names,” Colbert said of the number of prospects they start with. “Different times of the year, we’re going to have nine to 11 guys on the road. They’re gone four or five days a week. I may have 20 schools that I visit. The scouts are going to 40. For me, it’s based on quality and quantity. I want to go to a school where i can best utilize my time and see as many good players as I can in one stop.”

There’s also some behind-the-scenes video I haven’t seen before. Nothing remarkable but highlighting the scouting staff and a brief look at a scouts’ training camp schedule that offers a little insight. There’s also mention of Chidi Iwuoma and heck yeah, he’s going to be the picture for this article.

With this being Draft Eve, I really encourage you to check it out. Kudos to Missi Matthews for the narration/interview and the editors (never forget the editors!) who did a bang-up job putting it together. If you missed the link, click here.