It looks like former Miami quarterback Brad Kaaya is on his way to having a pre-draft visit with the Pittsburgh Steelers.

As you can see in the picture below that Kaaya posted on his Snapchat account, he’s flying from Indianapolis to Chicago and from there to Pittsburgh.

@Steelersdepot brad kaaya is going to be in Pittsburgh pic.twitter.com/DKehrJed9D

Kaaya was in Indianapolis for a combine medical re-check that was likely related to a turf toe injury that he suffered last season. That toe issue was the reason he didn’t run the 40-yard dash at the scouting combine.

“I’m good to go,’’ Kaaya said a few weeks ago after participating in his pro day. “That’s what I have to go back for another medical recheck for. It didn’t affect how I throw the ball. That’s where I’ve improved the most, my footwork. It didn’t affect that.’’

Steelers general manager Kevin Colbert attended the Miami pro day again this year and it appears Kaaya is one of a few quarterbacks the team is considering drafting this year.

UPDATE: Kaaya is now in Pittsburgh 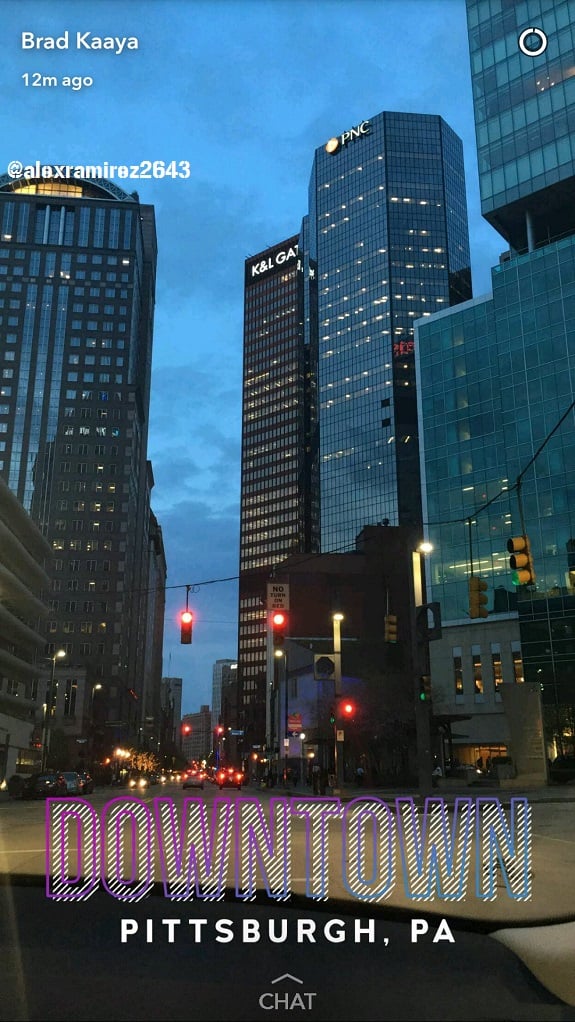