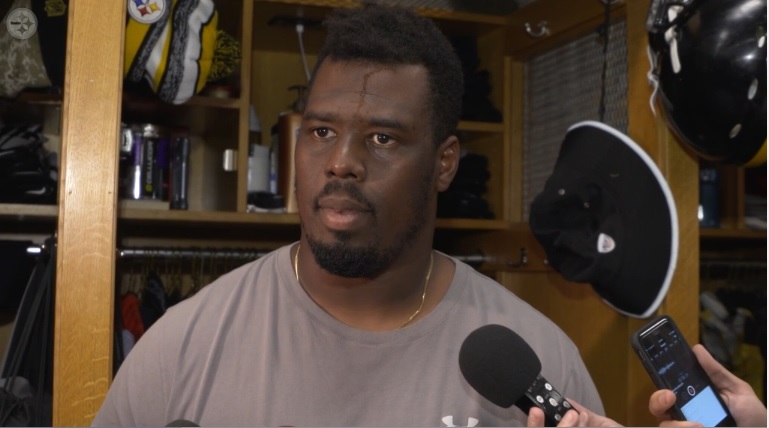 At some point, Myles Garrett – the Cleveland Browns first overall pick – is going to get his welcome to the NFL moment. And it could be brought to him by Marcus Gilbert.

You'll get your shot pup ?

Gilbert is of course referring to Week One of the regular season when the Steelers and Browns link up. Garrett and Gilbert will certainly be squaring off, one of the league’s most underrated tackles against the prize of the draft. Should be a fun one to watch.

Pittsburgh’s offensive line got national notice last year for how well they did in pass protection, allowing 21 total sacks, one of the fewest they’ve given up in forever. Garrett, and the Browns, will be an early test, and Gilbert will play a key role in keeping Ben Roethlisberger upright.