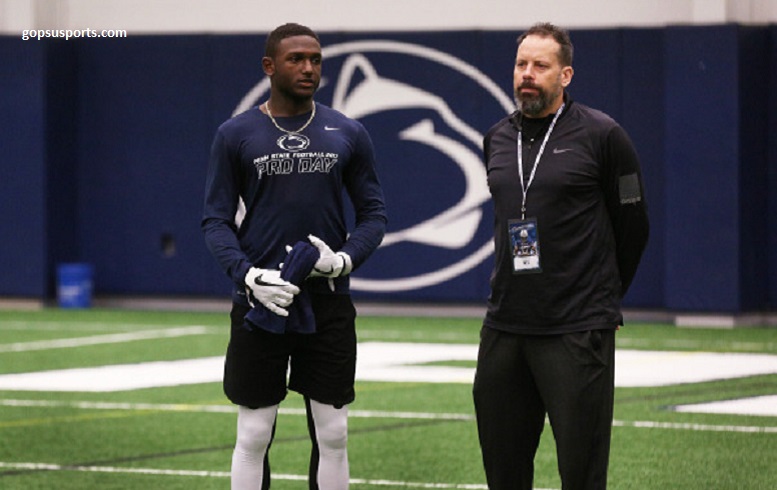 Well guys, this is it. My last crack at a Pittsburgh Steelers’ mock draft for 2017. Again, this is based off what I best think the team will do, not what I want them to do. I’ll post my rationale for each pick including in the selection.

As always, let me know your thoughts and your mock drafts in the comments below.

For reference, here’s my last mock.

Agreeing with Dave on this one. The Steelers brought in seven outside linebackers, showing it’s a priority, though anyone who watched the Steelers and is even faintly familiar with them knows OLB has been the team’s biggest need. Watt will come in at ROLB and rotate with James Harrison in Year One, taking over in approximately the year 2037 when Harrison finally retires.

Watt was one of two Combine outside linebackers to check every single box in the “what they look for” study. The Steelers sent Mike Tomlin, Kevin Colbert, and Joey Porter to the Badgers’ Pro Day and they had dinner with him, something they’ve done with the last two first round draft picks.

He’s on the rawer side, there’s no question about that, but Bud Dupree wasn’t the most refined prospect either. He didn’t even have a true OLB coach. The upside here is immense and that’s usually the way the Steelers lean. Frankly, for how new he is to the position, Watt is pretty refined.

Difficult decision over them choosing a safety but this is the “safe” and logical pick.

Yeah, I know this one sounds surprising. I’m a little shocked, too. But as I wrote this morning, the fact they brought in five receivers tells you there is a strong chance they take one early – within the top three rounds – and Godwin was one of those five. He fits almost every category of what the team looks for in the position, only failing in his three cone by literally .01 of a second.

He’s a big playmaker, fast (4.42) with the ability to win contested throws downfield. The team doesn’t seem to have much confidence in Martavis Bryant’s return and it’s looking like the NFL will not give the Steelers an answer of his 2017 status prior to the draft.

Why He Makes Sense: For nearly hitting our “what they look for study,” for the team bringing in five receivers, and the fact the team has drafted at least one pre-visitor in the first two rounds in every draft since 2010.

I normally had the Steelers’ compensatory pick reserved for QB but I’m bumping things up a spot here. Less QBs to choose from than any other position they’d be interested in. Creates more urgency to draft one as soon as possible. Kaaya or Josh Dobbs feel just as likely. I’ll take Kaaya to be a little different since a lot of people are floating to Dobbs’ name (and totally justified for it). Think the team is impressed with Kaaya’s work ethic for a young QB – only 21 years old – and his decision making, only 12 INTs the past two seasons.

For the last time, I’ll remind you all I’m against a QB anywhere, especially in the third where the success level is microscopically low, but the team seems hell bent on finding one.

Why It Makes Sense: The team has made their interest in the position clear and it is believed Kaaya had a pre-draft visit with the Steelers. Had dinner with the team before his Pro Day, too, and you have to think any QB they draft is one the bosses watched work out.

Sorta compromising based on the study I posted today, noting the correlation by not bringing in many cornerbacks and not drafting one high, with the reality and my gut. They need corner depth and Tomlin has professed that the team needs to be better in man coverage.

That’s where Griffin succeeds. Great athlete all around, one of two corners to fit our study, and a willing tackler who plays the pocket well. 4.38 speed will, at the least, make him an impact special teamer in his rookie year.

Why It Makes Sense: Griffin checked every box, and the team needs to add to the position.

A guy I’ve been high on since the Senior Bowl. Anzalone has had an injury plagued career but always jumped out on tape to me when he was healthy. A good, not great, athlete but big hitter who shows sideline-to-sideline range. Gives the team some good depth behind Vince Williams and Ryan Shazier. Had 53 tackles, four for a loss, and three sacks in just eight games as a senior.

Why It Makes Sense: Pittsburgh was at his Pro Day, including inside linebackers coach Jerry Olsavsky. Position of depth need.

The Steelers want a big back and they don’t come much bigger than Conner. He just makes sense for the Steelers. Great story, fits what they’re looking for, even though pad level is an issue because he’s so tall and his speed is only so good. Easy to connect the dots here and I think 5th round is as late as they will wait on taking a running back.

Why It Makes Sense: No team knows Conner’s story and work ethic better than the Steelers. Need a #2 back for the team.

Ebukam had a killer Pro Day, running a 4.50, jumping 39 inches in the vert, and turning in a 7.07 three cone. Great athlete who can bend the edge, fluid and comfortable in coverage, and productive at a small school, pretty much a requirement. 71 tackles, 15 for a loss, and 9.5 sacks last year.

I had him pegged in the 5th but there’s a chance his level of competition drops him a round. Very comparable to Travis Feeney but a more defined and filled out frame.

Why It Makes Sense: The Steelers have double-dipped before and they brought him in after he didn’t get a Combine invite, generally a solid sign of interest (getting a physical is critical).

You gotta go with one off-the-wall pick in each mock, a pick that no one – myself included – could really predict. I’ll save my flier for the last round with an unknown in Godin. He’s a pretty average athlete, though his reported 10 split of 1.75 is pretty impressive, but a high motor guy and that’s always attractive to John Mitchell and the Steelers. Similar to L.T. Walton.

Steelers at his Pro Day and have shown interest in Chris Wormley but instead, they go with his under-the-radar teammate. Certainly not guaranteed to make the team but his competitiveness will make the room better. And that’s what you want in a late round pick.

Why It Makes Sense: Because it can’t always make perfect sense.