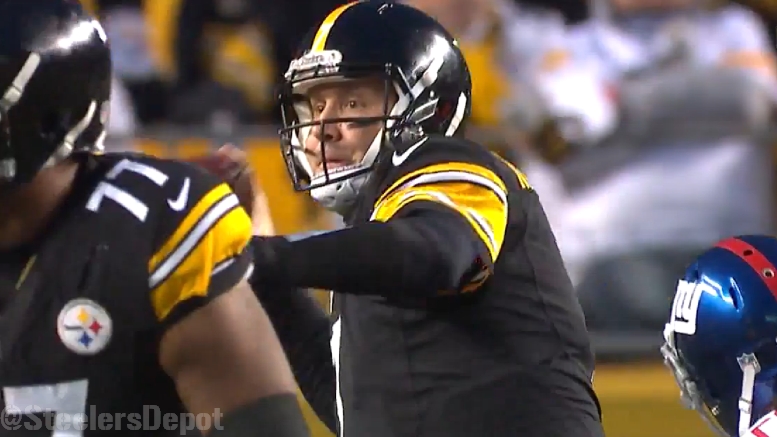 For the first time in many years, the Pittsburgh Steelers have paid more than a routine amount of attention to the top flight of the quarterback position following Ben Roethlisberger’s comments about possible retirement—and also because of the reality that he is in his mid-30s.

But it has been mentioned multiple times that this is not original information, that he and head coach Mike Tomlin have had at least some sort of comparable conversation about his future for at least a couple of years. This is all retreaded material, even after he committed to playing for the 2017 season.

But the real question isn’t about 2017, it’s about 2018 and 2019, and perhaps beyond. Roethlisberger has three years remaining on his contract, which runs through 2019, and by the end of it he will be 37. Will he retire after his contract expires? That’s not a question to which there’s an answer.

However, while I don’t believe he is going to continue to play until he can’t, I do believe that Roethlisberger will continue to play as long as he is playing at a level that is competitive to sustain a run for a championship, and I’m not the only one. Ed Bouchette more or less said the same thing in a recent chat, and general manager Kevin Colbert had an interesting comment yesterday during his press conference.

The tandem of Colbert and Tomlin was asked about the quarterback position in light of the future and of the discussion that has been had over the course of the offseason, and in the midst of answering the question, Colbert talked about their current quarterback.

He talked about the quarterback lineage from one to the next, saying that “if you don’t have a quarterback, then you are probably going to leave your team short at some point”. But he added a caveat—“at what cost?”. Such a comment seems to me that there is necessary consideration for the short-term harm of using a premium pick on a future need while in win-now mode.

“We have a great quarterback”, he continued. “We think he is going to be here for a while. At least we hope that”. So the Steelers think that they are still going to have Roethlisberger “for a while”, or at least they believe that is the more likely outcome. I don’t know about you, but it strikes me as at least notable, if not necessarily unexpected.

There has been, at least on the part of some, a good deal of panic about the future of the quarterback position, but the reality is that it is well within the realm of possibility that Roethlisberger continues to play for another five years. Or four years. Or three.

Still, none of that makes the quarterback position an immediate need, and I personally don’t believe the Steelers are going to draft one this year. Bouchette doesn’t seem to think that they will either. Roethlisberger could well be here longer than Landry Jones will. So let’s take the opposite approach to Martavis Bryant, and say that he’s here until he’s not here.