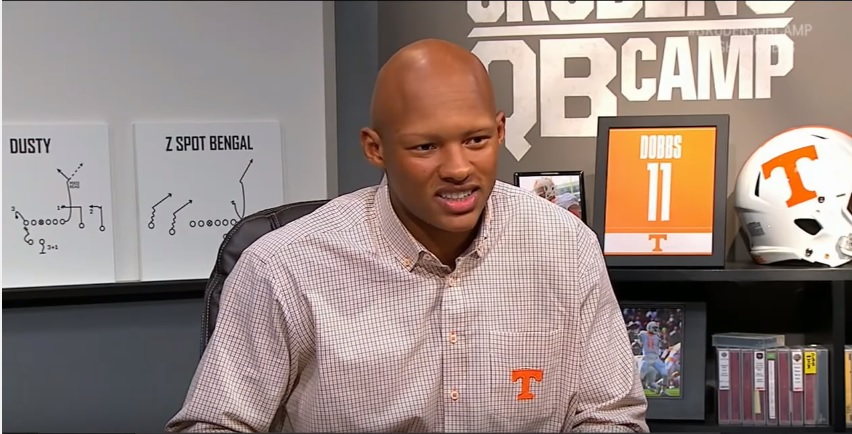 With the 135th pick in the 2017 NFL Draft, the Pittsburgh Steelers select … Joshua Dobbs, QB, Tennessee.

Look, I totally get it that fans don’t like this pick because it’s a quarterback in the fourth round again, but Joshua Dobbs is a guy that I — among many — are very high on.

Although I had him mocked to Pittsburgh with the compensation pick at the end of the third round, this spot makes a ton of sense for Dobbs and the Steelers to link up. I would much rather have a high-ceiling guy like Dobbs moving forward compared to someone like Nate Peterman.

Many will say Dobbs was less than impressive last season because the Volunteers underachieved as a team, but just by popping on the tape you can tell that Dobbs wasn’t the issue.

He’s got a clutch gene and tends to up his game when the lights get brightest, playing a key role in leading the Vols to wins in come-from-behind situations last season.

Want to see just how clutch he is? Pop on the Florida tape from last season and watch him lead Tennessee back for a 10-point win against a secondary that had three guys drafted on Day 2 of the draft.

That being said, he’s a guy that is going to need to sit and develop long-term, but I definitely believe that he’s going to be able to develop into a starter in this league.

I have no issue with the Steelers grabbing a quarterback here, but I get why fans likely won’t like the pick.

It would have made sense to see someone like Desmond King, Carlos Watkins or Jordan Leggett here, but the need for a quarterback, which the front office and ownership has hinted at all draft process, makes the selection of Dobbs easy to understand.

Pittsburgh will love this guy.