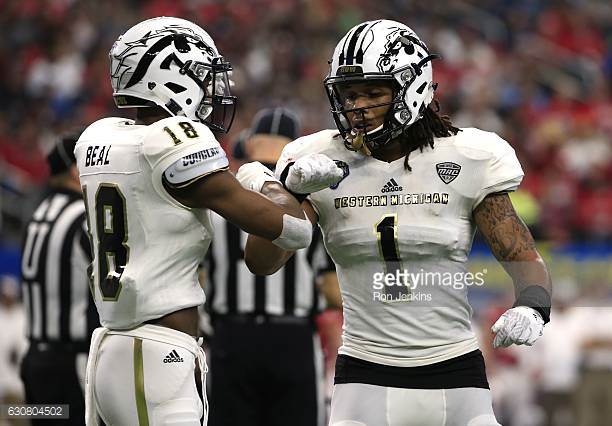 With the 248th pick in the 2017 NFL draft, and the final pick of the draft for the franchise, the Pittsburgh Steelers select … Keion Adams, EDGE, Western Michigan.

Adams was a late pre-draft visitor that fits a need for the Steelers, as he slots to be an EDGE with his size (6’3”), but has limited length coming off the corner.

A former basketball player that is great on his feet and moves really well, Adams is going to be a piece on the edge that outside linebackers coach Joey Porter gets a chance to mold into a useable piece.

The Western Michigan product had a great final year with the Broncos, playing a key role defensively on a 13-1 team, finishing with 18 tackles for loss and 7.5 sacks.

Personally, I view this pick as a steal for the Steelers, considering I had him pegged as an early 6th-round guy, so him falling into the Steelers’ lap is quite a find for the black and gold.

Coming into the draft, the Steelers needed to address the outside linebacker position, and they did just that by picking one with their first and last picks.

NFL.com’s Lance Zeirlein compared Adams to Arthur Moats in his draft profile, so it makes sense that the Steelers had interest in him before ultimately taking him.