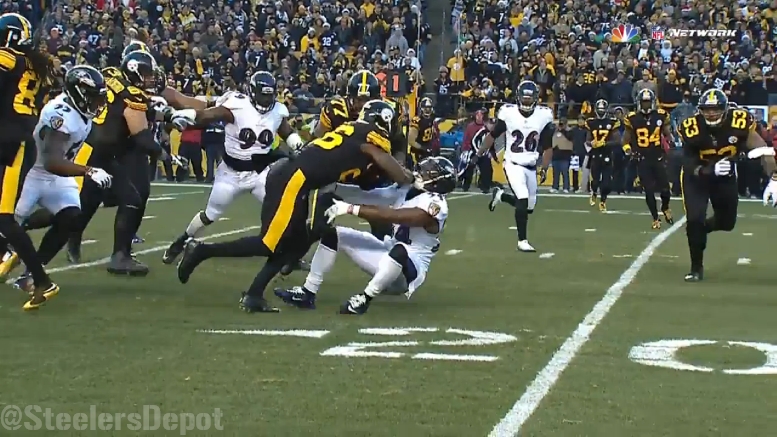 It seemed as though there was a brief period of time in which the running back position was being devalued across the NFL. The most apparent manifestation of this was the fact that there was a stretch of time in which for multiple drafts there was no team that used a first-round pick on the position.

That started to change again, I think, in 2013 when the Pittsburgh Steelers drafted Le’Veon Bell and he began to take off. He really broke out in his second season, being named first-team All-Pro and setting the team’s new franchise record for the most yards from scrimmage recorded in a single season.

He has continued his stellar play on the field since then, even coming back from a significant knee injury that limited him to just six games during the 2015 season. playing in just 12 games in 2016, most of which he sat out due to a suspension, Bell set new heights, and he recorded the third-highest scrimmage-yards-per-game figure in NFL history.

He’s not the only running back in the game exhibiting elite skills anymore, however, with Ezekiel Elliot and David Johnson most notably emerging onto the scene. Cases can and have been made for either of the aforementioned running backs as being the best in the league right now.

But Hall of Fame running back Eric Dickerson sides with Bell.

The former Rams and Colts elite recently participated in a Facebook Live chat via the Pro Football Hall of Fame, and in the midst of that discussion he was asked about the league’s current running backs and who he believes is the best in the game.

“I have to say it’s between Le’Veon Bell and Ezekiel Elliott. I think, for me, I think I have to go Le’Veon Bell”, he said. “He does so many things, coming out of the backfield, lining up outside. He’s big. I’m partial to big backs. I’m 6-foot-3. I think Le’Veon Bell, to me, is the best back in the NFL”.

Not that he needs any endorsements to his cause, but it never hurts to have a legend in your field tell you that you are the best at your job right now. And frankly I don’t expect that there will be much arguing over his opinion in the comments section here.

Over a 12-year career, Dickerson compiled over 13000 rushing yards on nearly 3000 carries, averaging 4.4 yards per attempt while scoring 90 touchdowns on the ground. He also caught 281 passes for over 2000 yards and an additional six touchdowns.

During his four seasons with the Steelers, in 47 games played, Bell has to date run the ball 908 times for 4045 yards, averaging 4.5 yards per carry, with 26 touchdowns on the ground. He has also added another 2005 yards on 227 receptions to go along an additional five touchdowns.