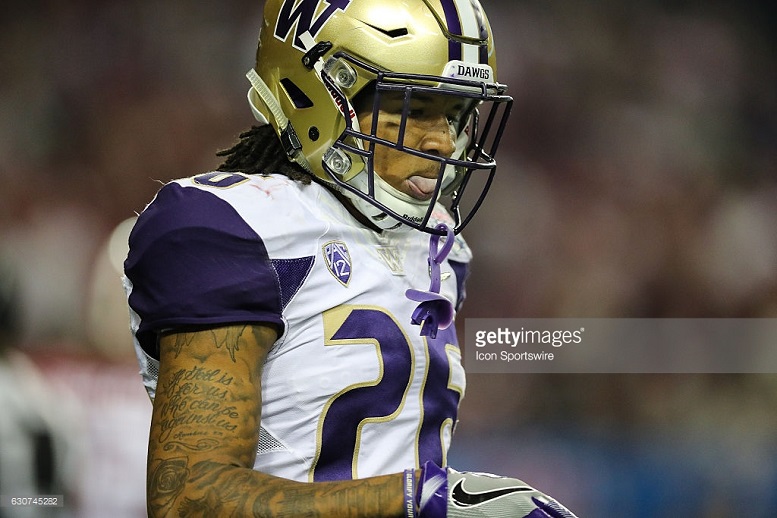 Topic: If the draft breaks in the right manner, should the Steelers consider a top cornerback who fell due to injury?

Over the course of the pre-draft process, we typically should expect to see at least a couple of draft prospects suffer an injury at some point, whether it is as a result of performing at an official workout or on their own.

This year, in a deep crop of cornerbacks, two players who were deemed first-round talents suffered injuries that threaten to drop their stock. Sidney Jones suffered an Achilles injury, which is no minor hurdle, during his Pro Day. Fabian Moreau is working back from a pectoral injury that occurred during his own Pro Day.

Moreau in particular blew up the Combine with a blistering 4.35-second 40-yard dash and a 38” vertical, with generally solid numbers all around. Jones was also a solid performer at the Combine. Both have the height that teams covet, though Moreau is the sturdier of the two.

The Steelers are likely in the market for a cornerback, even though they signed one for depth in free agency. Should they address another need in the first round—say, I don’t know, grabbing a name out of a hat, outside linebacker—would it make sense to consider Moreau or Jones in the second or third round?

Moreau’s injury is not as serious, and he may not even slip to the Steelers’ spot in the second round, but if he does, the team could have a legitimate talent on their hands if they’re willing to risk a player who will miss most of the offseason. As for Jones, he retains the belief that he is the best cornerback in the draft and that he will play this season.

Adding either player beyond the first round, from a talent perspective, would be the best option that the Steelers could hope for. Getting a first-round talent later in the draft that was evaluate as such going in is not an altogether frequent occurrence. Look at how Stephon Tuitt slipped into the second round, although his injury occurred during the season.

On the other hand, we’re talking about players for whom it’s virtually guaranteed that they will struggle getting up to speed to be able to contribute during their rookie season. We’re also talking about injuries, and it’s difficult to predict how one recovers. The Steelers are still waiting two years later on a cornerback due to injuries already. There is a strong pessimistic streak that will say these players should not even be on the board on draft day.