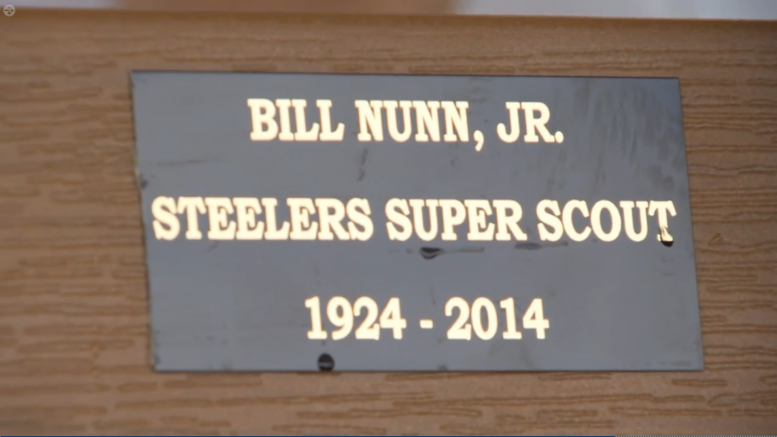 As much as he dedicated his life to the game of football, Dan Rooney never played the game beyond the high school level, nor did he ever join the coaching ranks. That is not to say that he did not have an intimate knowledge of the inner workings of the game and of what it takes to be a great player or a great coach.

His ambitions were higher, and that was of building a great team, and a great organization. Nobody can dispute the claim that he did just that in the more than half-century that he spent building up the Pittsburgh Steelers franchise.

And perhaps his greatest asset as a football mind on an organizational level was the fact that he had a keen sense for talent, as well as the humility and wherewithal to recognize the importance of distributing responsibility.  The greatness of the Steelers franchise as a winning franchise was built on the backs of those that Rooney empowered.

This is already something that I touched on in my article yesterday, and perhaps something that I will continue to talk about, because it was truly one of the defining characteristics of the man, and likewise of the franchise that he architected.

It was in the mid-60s that Dan Rooney began to wield greater authority within the organization that his father founded some thirty-plus years ago. It started with his ability to recognize a coach that was not working out, and his willingness to challenge that coach, who devalued rookie talent and thus frequently traded away the team’s draft picks in favor for aging veterans.

It would be a few years later that he would be given the authority to helm the search for the next head coach to lead them into the 1969 season, and, as it would turn out, many years beyond, when Dan and his father happened upon Chuck Noll and measured as much his football mind as his character. Noll represented the values of the franchise, and he knew the game on top of it.

Up next was Bill Nunn, who at the time was little more than a reporter whose emphasis was on the study of small and traditionally underprivileged schools. Dan saw to it that he became a scout, and so was forged the pipeline that brought the Steelers integral talent such as John Stallworth and L.C. Greenwood, among several others.

There have already been numerous recollections of his quest for a new head coach after Noll retired, and how Bill Cowher and himself hardly even discussed football during the process. They wouldn’t have gotten this far if they didn’t know the game, in Rooney’s mind. There were more important things.

He also helped the Steelers unearth Mike Tomlin after spending just one season as a defensive coordinator. He would become the youngest head coach to ever win the Super Bowl in his second season. And there are so many names in between, over the many decades through which he shepherded his beloved flock, that to attempt to name any would be an insult to those omitted. They were and are all a part of his legacy of both the success and of the nature of the business of Steelers football.