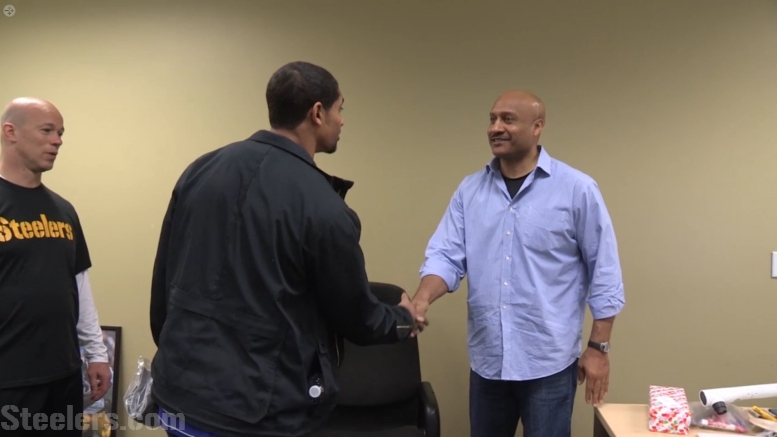 The process. From one spring to the next, when it comes to the NFL Draft, it’s all about the process. It’s a loosely agreed upon formula around the league, although every team has its own power structures and dynamics.

The Pittsburgh Steelers have long operated largely with the head coach and the general manager collaborating and ultimately reaching a mutual decision, with the president chiming in as well. But their process is also wide and far-reaching.

Every team has their own scouting network, of course. The Steelers’ scouting network is filled with familiar names like Rooney, Colbert, Butler, Bruener, and Iwuoma, all of whom have had ties to the Steelers in the past in some form or another.

All of these scouts communicate with Phil Kreidler, the team’s college scouting coordinator, who then communicates with Head Coach Mike Tomlin, General Manager Kevin Colbert, and owner Art Rooney II, though often at different portions of the season or offseason.

In Pittsburgh, however, the information tree goes beyond the front office and the scouting department. They also rely heavily upon the voices of their assistant coaches to provide input. “Kevin and Coach like to hear what everybody says”, Rooney said.

“The approach we take, it’s a comprehensive approach. It’s not one man’s opinion”, is how Colbert framed it. That means that every position coach gets his opportunity to provide insight and input into the draft process relative to their own position—sometimes even at other positions as well.

“If we feel like someone’s not stepping up to the plate and giving their opinion, sometimes they’re called out for that”, Rooney said of the process that the team goes through during the draft process.

It’s an inclusive environment that hearkens back to the origins of the franchise in Art Rooney Sr. and Dan Rooney, the latter of whom was famous for quoting Ralph Waldo Emerson: “there is no limit to what can be accomplished if it doesn’t matter who gets the credit”. Ironically, I’m not exactly sure if Rooney gave Emerson the credit, but that’s where it belongs.

Veteran readers of the site are probably aware of this, of course, as we have discussed it on a number of occasions. It has come up particularly lately when discussing the team’s defensive back draft picks and the presumed influence that Carnell Lake had.

For better or worse, everybody is involved in the decision-making process to some degree, though ultimately it’s up to Tomlin and Colbert to reach a mutual decision and make the call. It’s a process—there’s that word again—that has worked better than most, and which will be on display, even if primarily through the fruits of a year-long labor, over the course of the next three days.