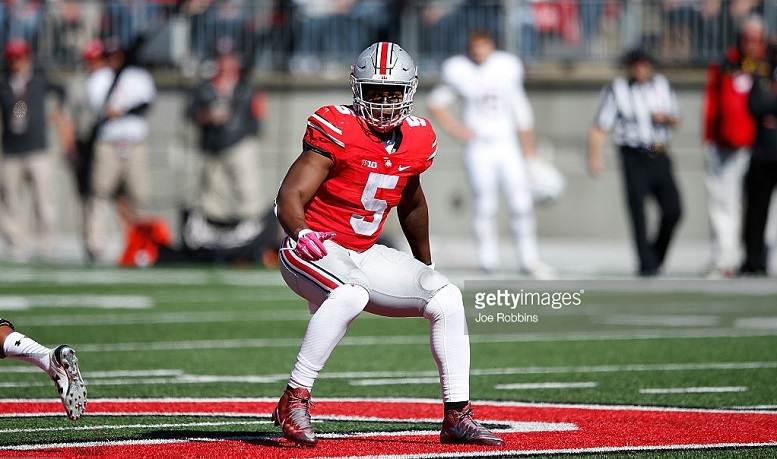 With three days left until the 2017 NFL Draft kicks off, I figured it was the best time to take my shot at a seven-round mock draft for the Pittsburgh Steelers, who hold eight picks in total this season.

Much like Alex and Dave have done in recent days, I also went with Wisconsin’s TJ Watt here.

I said on twitter a few days ago that Watt is one of two guys that I desperately want at 30th overall. The other is UConn’s Obi Melifonwu, but I have a feeling he comes off the board at No. 28 to Dallas.

Watt is by no means a consolation prize. He has impressive length and athleticism for the position, and he has great NFL bloodlines. That’s not to say he’ll be as great as older brother JJ is, but TJ has a legitimate shot at being a Pro Bowl pass rusher multiple times in his career.

The decision to mock Watt here is due to the need at OLB and the contingent of Steelers’ brass (Kevin Colbert, Mike Tomlin and Joey Porter) that attended Wisconsin’s Pro Day and had dinner with Watt.

It’s no secret that I’m higher on most than McMillan, who is as solid as they come in both phases of the game.

He’s not a quick-twitch athlete for the position like a Ryan Shazier, but McMillan has great instincts for the position, works through traffic well and is a consistent tackler once he gets his hands on the ball carrier.

What I really like about the Ohio State product is that he’s a guy who can hold his own in coverage, showing he’s comfortable matching up with running backs and tight ends down the seam.

Although Vince Williams is pegged as the starter as of now, McMillan could step in right away on special teams before eventually working his way into a starting role for the Steelers at inside linebacker.

The former Iowa corner could have been a first round pick in 2016 should he have left school.

Unfortunately for King, he returned to Iowa and struggled, raising concerns about his long speed and athleticism. That being said though, he’s shown the willingness to move around between corner and safety, providing his NFL team with versatility in the defensive secondary, much like Sean Davis already provides.

King isn’t a physical player and isn’t the fastest, but he has good football IQ and is a good football player more than an athlete. He’s also very reliable as a tackler, which the Steelers could use on defense.

Likely much, much earlier than most people assume at this point, but I bumped Dobbs up a round from my projection mainly because of the position.

Dobbs has an intriguing build and might be the most underrated quarterback in this class. I don’t want to label him with this comparison, but Dobbs possesses similar traits of Dallas’ Dak Prescott.

He’s an incredibly smart person (majoring in rocket science), so grasping a playbook should be a piece of cake for him, and he’s got a live arm. Add in his mobility and toughness and you’ve got a guy who could be a serious steal.

A big, athletic receiver with freakish traits, Golladay fits what the Steelers have looked for as of late in receiver.

Golladay can come in and push Sammie Coates and Darrius Heyward-Bey for a roster spot right away with his impressive catch radius, speed and knack for hitting the home run.

I said this about him in my recent draft profile:  “with his size and catch radius, as well as his 4.5 40 speed, he’s a guy who could (and should) go in the middle rounds of the draft, allowing him to sit and develop for a year at the next level. If he can expand his route tree and become more physical on 50/50 balls, he’ll be a tough player to cover on a weekly basis in the NFL.”

I truly believe that. He’s a small school guy that could burst onto the scene in the NFL in the Steelers’ offense.

Arguably one of the best stories in the draft, Conner needs to stay in the Pittsburgh area. He means so much to the city due to his perseverance as a Pitt Panther.

Plus, he seems like a great compliment to Le’Veon Bell’s traits at running back.

Conner won’t be much of a threat out of the backfield as a pass catcher, but he’ll be a physical runner that can come in as the change-of-pace back to wear down defenses.

It’s also interesting that Conner was the only running back that visited the Steelers during the pre-draft process after the Combine interviews.

Just some food for thought here.

There have been no reported ties to Allen and the Steelers, so this is one that I think could surprise people.

After recently watching Allen, I think he’s the ideal sit-and-develop corner that could turn out to be a major gem in the middle rounds of the draft.

As a former receiver, Allen has insane size for the position and has good long speed, showing the ability to play press or man coverage. Utah has a good recent history of developing long-limbed corners with height in Oakland’s Sean Smith and New England’s Eric Rowe.

There’s a good chance Allen could be the next in line at the position.

With Ladarius Green’s status still up in the air, it makes sense for the Steelers to draft a tight end earlier than this, but Brown is very similar to Green as a move tight end, providing good value as a seventh round pick.

Brown does have a questionable past, getting into fights with teammates and having a domestic violence charge dropped because authorities determined that his then-girlfriend instigated the situation. Add into the mix his history of injuries and I’d totally get the hesitation about this pick.

However, he’s a great mover for the position, has a solid blocking foundation coming from Oregon and can line up all over the field, providing the offense with a matchup nightmare.

There’s very little chance he’d crack the 53-man roster in Year One, so I like this pick as a practice squad stash.