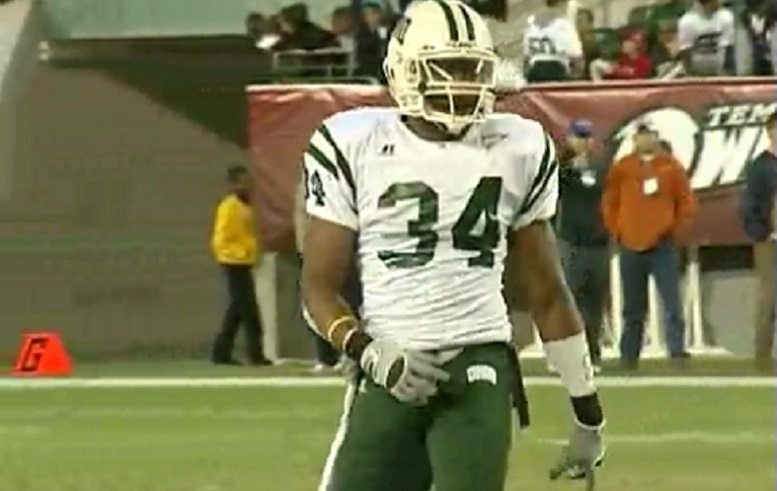 There is perhaps no bigger anecdote of Al Davis’ lust for speed than the 2009 selection of Ohio safety Mike Mitchell. The tale begins in New York City, with the Oakland Raiders selecting Mitchell with the 15th pick in the second round, a selection that triggered an all-out pandemonium in the Radio City Music Hall. For the following seven minutes that succeeded the pick, draft experts and analysts sat in disbelief over Mitchell’s selection.

“He’s a second-round pick. I’m happy for him. I had him between 40 and 73 at safety, with a seventh-round grade,” said ESPN’s Mel Kiper Jr.

Though those in the football media made a mockery of the Raiders’ selection, those involved with football operations seemed to have a different opinion. According to Mitchell, had the Raiders not selected him with the 15th pick in the second round, the Chicago Bears also planned on selecting him in the second round.

That is a question that can only be answered by re-visiting Mitchell’s pre-draft scouting report.

Judging by the looks of Mitchell’s CBS pre-draft profile, many of his negative traits seem to be more speculative than definitive.

“(Mitchell) Usually sees the play in front of him; a read-and-react player who may struggle with misdirection and double moves at the next level. Has the speed to recover against MAC opponents, but may not against NFL receivers. Faced lower level of quarterback play and used his speed to catch up to weak downfield throws.”

To be fair, Mitchell did face a rather long transition in becoming the player you see today. Starting just nine games in his four years as a Raider, Mitchell did not find his stride until signing with the Carolina Panthers in 2013.

Mitchell was granted his first opportunity at consistent playing time when the Panthers’ starting safety Charles Godfrey was lost for the year early in the season. With consistent time on the field, Mitchell began to display the traits that launched his name into second round consideration.

“Excellent size/speed combination with well-developed upper and lower bodies. Lights up receivers coming over the middle and running backs in the flat. Has the range to cross the field after reading the quarterback’s eyes,” reads CBS’ draft profile on the current Pittsburgh Steeler safety.

Mitchell cashed in on his successful season in Carolina by signing a 5-year, $25 million contract with the Steelers in March 2014. The Steelers seemed like a perfect match for the talented Mitchell. With the Steelers searching for talent and character, Mitchell filled both voids for the team.

In just three seasons with the team, Mitchell has stepped in and become a leader for the young defense. Mitchell’s leadership and composure should come as no surprise though, as it was a highly-rated quality going back to his Ohio days.

Mitchell’s CBS profile goes on to state “He lets his actions speak for him on the field, but enjoys mentoring the younger players. He has no known off-field issues and very easy to get along with, taking well to hard coaching.”

Once the mockery of the draft day media, Mitchell is now the one holding the last laugh over his critics. Though for Mitchell, enjoying a last laugh is out of his character, instead the safety is more likely to quietly take pride in being one of the more consistent players from his draft class.