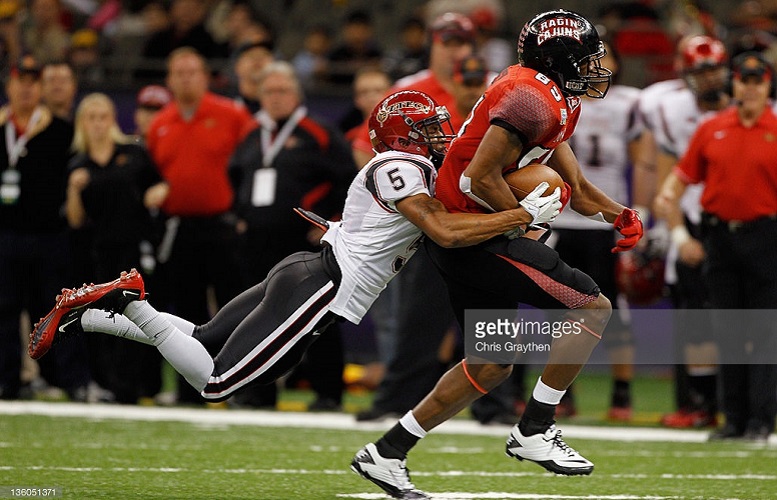 When the Pittsburgh Steelers added Ladarius Green last offseason, it marked a rare occasion in which the team turned to outside resources rather than domestic talent to fill a starting role. Green, a foreigner to Pittsburgh was originally drafted by the San Diego Chargers in the fourth round of the 2012 NFL Draft.

After playing college football at Louisiana Lafayette, Green was initially projected as a late round project for teams that valued his great size and receiving ability. Considered an after thought in his tight end class, Green was labelled a “sixth-round talent” in his NFL pre-draft profile and ranked 12th in Walter Football’s tight end positional rankings, behind the likes of former Steelers’ tight end David Paulson and Northwestern’s Drake Dunsmore, with the latter failing to play a single snap in the NFL.

With an opportunity to show off his athleticism at the NFL Combine looming, it would not take long for Green’s draft stock to undergo a reverse of fortune.

After finishing second among the tight ends in attendance in both the 40-yard dash (4.53) and broad jump (10’4”), Green forced national scouts to take a second look at him. Upon a second look, many were impressed and as a result Green quickly found himself among discussion with Coby Fleener and Dwayne Allen as the top tight ends from the 2012 class.

Once a late round project, Green was now ranked 3rd in tight end positional rankings by NFL Draft Scout and the 4th highest rate tight end in Mike Mayock’s final positional rankings. What evaluators had grown to love from Green’s game was his massive frame and upside to develop into another pass catching tight end threat. With tight ends such as Rob Gronkowski, Aaron Hernandez and Jimmy Graham fueling their respective offenses, the position was in the midst of a resurgence and Green was a perfect candidate to join the revolution.

Louis Musto of Bleacher Report goes over Green’s lustre as a tight end perfectly in his article titled “Ladarius Green is the Class’ Most Intriguing Prospect.”

“Green fits the mold of the influx of athletic tight ends in the NFL that have become greater passing targets for quarterbacks than a talented corps of wide receivers, such as the New Orleans Saints’ Jimmy Graham and the San Diego Chargers’ Antonio Gates. With 4.4-speed and a heap of potential and athletic ability, Green is the future of the tight end position,” Musto writes.