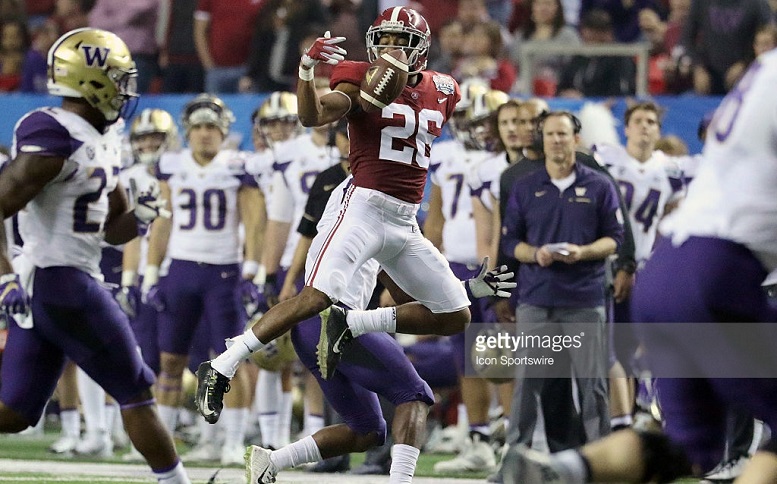 The Baltimore Ravens are a smart, savvy franchise and that played out once against Thursday night as the Ravens saw the writing on the wall in the AFC North and took a cornerback that should be able to help slow down the high-octane Pittsburgh Steelers and the improved Cincinnati Bengals’ passing attacks.

Alabama cornerback Marlon Humphrey was the pick at No. 16 overall, hitting on an Alabama connection with General Manager Ozzie Newsome, a ‘Bama product himself.

While not surprising that Newsome went with a guy he’s familiar with, what is surprising is that the Ravens passed on two other ‘Bama products in linebacker Reuben Foster and tight end O.J. Howard, both of whom filled bigger needs.

But that’s just not how the Ravens usually operate. There’s always a pick that throws you off with Baltimore and that’s Humphrey for me, considering who was on the board.

Foster would have filled a major whole with the retirement of Zachary Orr this winter, while Howard would have become the clear-cut No. 1 at tight end ahead of injury prone guys like Dennis Pitta, Crockett Gillmore and Maxx Williams, not to mention veteran Benjamin Watson.

It would have been a crowded room for sure, but Howard is a blue-chip prospect that could have changed that offense. It’s fortunate that the Ravens passed on him.

That being said, Humphrey should play from Day 1, giving the Ravens a physical corner that isn’t afraid to stick his face into the fire to make a play. His ball skills need improving, but it’s another piece in the back end for the Ravens that should allow them to match up well against Pittsburgh’s duo of Antonio Brown and Martavis Bryant, as well as Cincinnati’s new trio of A.J. Green, Tyler Boyd and rookie John Ross.