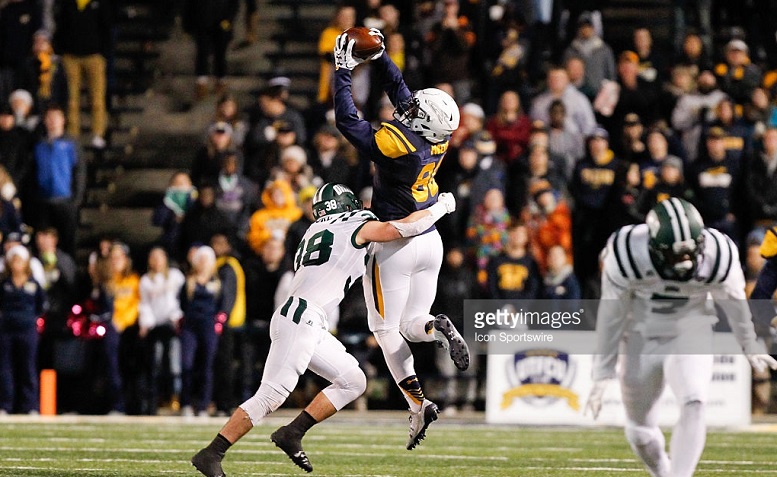 While the Pittsburgh Steelers had a busy Monday signing two unrestricted free agents, one of their position coaches was present at the Toledo pro day.

According to Tony Pauline of Draft Analyst, Steelers tight end coach James Daniel was present for the Toledo pro day to watch Michael Roberts go through the paces. Pauline adds in his reports that Thomas met with the Steelers and Detroit Lions Sunday night.

After his Monday drills ended, Roberts reportedly said “he had an in-depth sit-down with the Steelers,” according to John Kampf of The News-Herald. Additionally, Roberts said he has had “frequent” talks with the Steelers and Lions.

Last season, Roberts caught 45 passes for 533 yards and 16 touchdowns and during his three years at Toledo caught 70 passes for 832 yards and 22 touchdowns. Roberts is currently projected to be a day-three selection and that’s not overly surprising when you consider how deep this year’s tight end class is.

According to Lance Zierlein of NFL.com, “Roberts’ tape shows inconsistent effort from a blocking standpoint, but it also shows the strength and ability to handle those chores on the next level.”

Despite re-signing tight end David Johnson at the start of the league year, the Steelers appear to be willing to draft another tight end this year and especially with the future of last year’s free agent prize, tight end Ladarius Green, in question because of his concussion history.