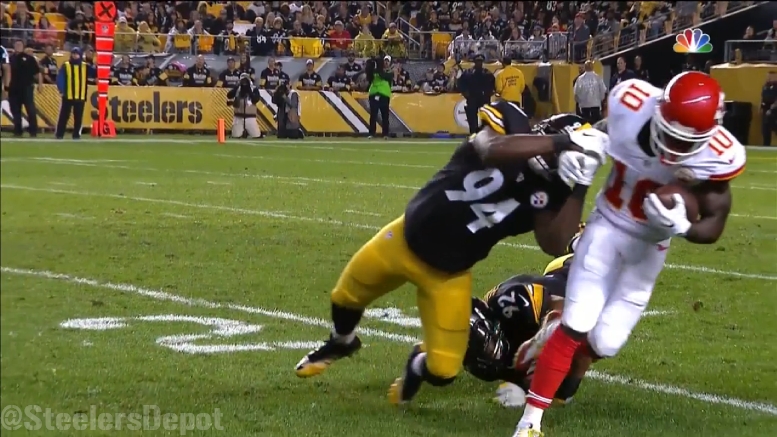 As I have touched on earlier today, the NFL installed a ‘legal tampering’ window a few years back in order to address the problem of teams committing illegal tampering prior to the start of free agency. The illegal variety still occurs, no doubt, but making the bulk of the illegal tampering legal solved at least the public relations problem.

But it can also be a useful tool for some teams who are trying to work out last minute contracts with some of their own pending free agents, and the Pittsburgh Steelers serve as a fitting example of this. The team has in recent years been able to complete contracts with a number of their own players during the legal tampering window before they formally hit the open market.

Although I can’t actually verify it, it would stand to reason that the fact that the players’ agents—and the team—have the opportunity to talk with other teams and actually gauge the market with said player plays an enormous role in the closing of these contracts in the last 48 hours or so before the official start of the new league year.

Going back to the 2013 season, the Steelers completed new deals with Larry Foote, Ramon Foster, and Plaxico Burress during the legal tampering window. The following year, they got deals done with Cody Wallace, Will Allen, and Greg Warren, though the latter was largely a formality.

They didn’t finish any deals during the tampering window of the 2015 season, though at that time they were too busy hammering out a new five-year contract for quarterback Ben Roethlisberger, which was completed a couple of days into free agency.

Just last year, the Steelers finished up deals with Robert Golden, Darrius Heyward-Bey, William Gay, and Foster—again—all of whom received three-year contracts. Foster has actually never been an unrestricted free agent in his career because he has signed deals just before free agency began.

Heading into the tampering season of the 2017 season, the Steelers have already gotten their big contract with Antonio Brown out of the way, and they do have some significant candidates with which they may be able to complete a deal, although one of them—James Harrison—has already happened.

Key free agents such as Lawrence Timmons and Landry Jones could be options to complete deals in the next two days as they get the opportunity to feel out their market value that awaits them, though many people would like to see neither of them return. Lesser free agents such as Ricardo Mathews could also see a contract done in this time frame.

Of course it’s entirely possible that nothing gets done, and I believe it was Gerry Dulac who said that he expects as much. A few days ago on Twitter he said something to the effect that the feeling is that they will not be able to finish any deals before free agency hits. But we have a couple of days to find out.