The Pittsburgh Steelers have made their second re-signing today, inking Landry Jones to a two year contract. 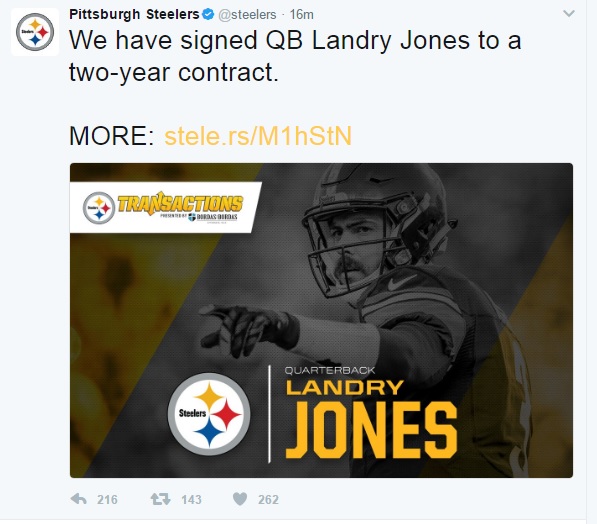 The money in the deal were not immediately announced. As a potential reference point, the Atlanta Falcons’ Matt Schaub got a two year deal averaging $4.5 million.

Jones will continue to serve as Ben Roethlisberger’s backup. In 2016, he started a pair of games, throwing four touchdowns and two interceptions. He has seven career touchdown passes.

Jones’ two-year contract is reportedly worth $4.4 million and included a $600,000 signing bonus.