It looks like Pittsburgh Steelers running back Le’Veon Bell is getting his groin fixed.

Bell, who reportedly suffered a sports hernia during the Steelers playoff run, posted on his Snapchat account Monday morning pictures of him in a hospital gown looking as though he’s being prepared for surgery.

As of a few weeks ago, Steelers general manager Kevin Colbert indicated during the scouting combine that he was still unsure if Bell would need surgery.

The Steelers placed the franchise tag on Bell a few weeks ago and hope to work out a long-term extension with him by July 15.

Bell should be back training again well ahead of the team reporting to Latrobe for training camp. The running back reportedly received multiple opinions from several different doctors before deciding to have surgery. 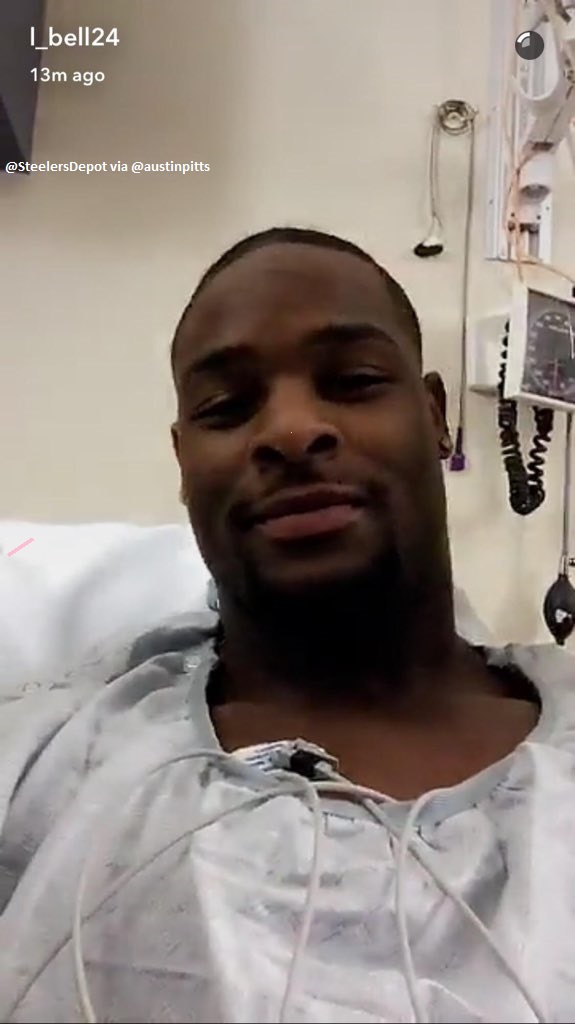