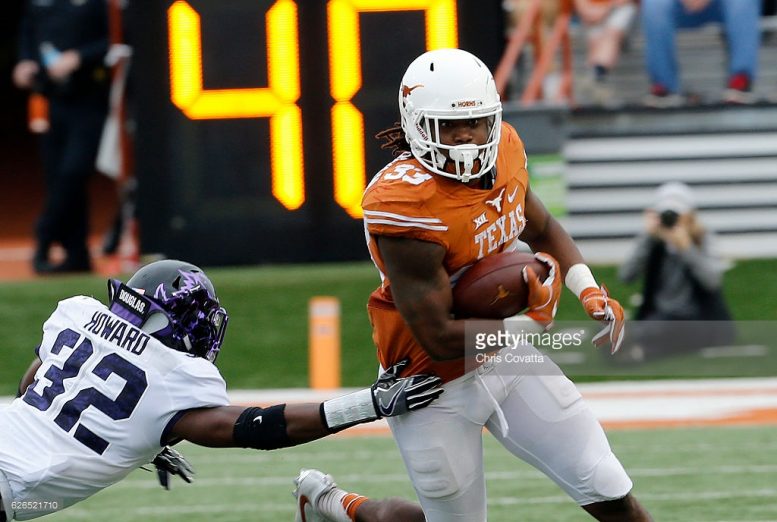 Media interviews are underway now in Indianapolis and over the course of the next several days we’ll find out the names of several players who met with the Pittsburgh Steelers at the 2017 NFL Scouting Combine.

On Thursday, Texas running back D’Onta Foreman told the media during his session that he expects to meet with the Steelers later in the evening.

Many speculate that the Steelers will draft a running back this year and this year’s class is expected to be a deep one from a talent standpoint when it comes to that particular position.

The Steelers can meet with 60 players for 15 minutes each while they are in Indianapolis.

One of us will be profiling Foreman in a future post so be on the lookout for that.

D'Onta Foreman said he definitely thinks Zeke changed the perception of the 1st round running back. Fournette mentioned similar.