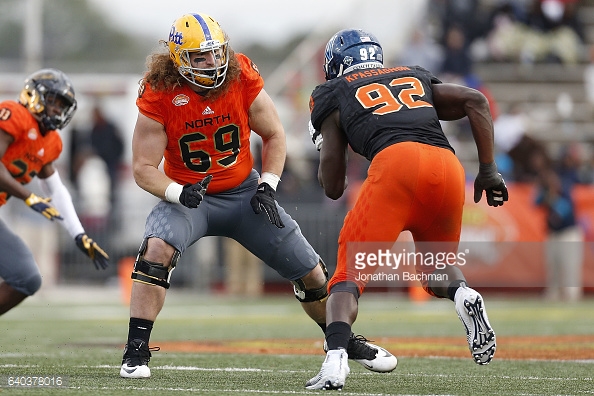 Can confirm he has met with the #Raiders and #Steelers who have both expressed a high interest in him. 8 more team interviews tomorrow. https://t.co/9vdh1jsNbt

As his tweet indicates, Kpassagnon is certainly in high demand. He’s one of the most unique looking players at the Combine, officially weighing in at 6’7, 289 pounds with 35 5/8 inch arms and 10 5/8 inch hands. That would profile him better as a traditional 4-3 defensive end than someone in a 3-4 but his size and his look – he was one of the most sculpted players at Senior Bowl weigh-ins – clearly has everyone interested in him.

NFL Draft Scout currently has him pegged as a fourth round selection but could rise higher with a strong week at Indianapolis. Given that he’s a small school player, if the Steelers have legitimate interest in him, expect to hear more connections between the two in the coming weeks.