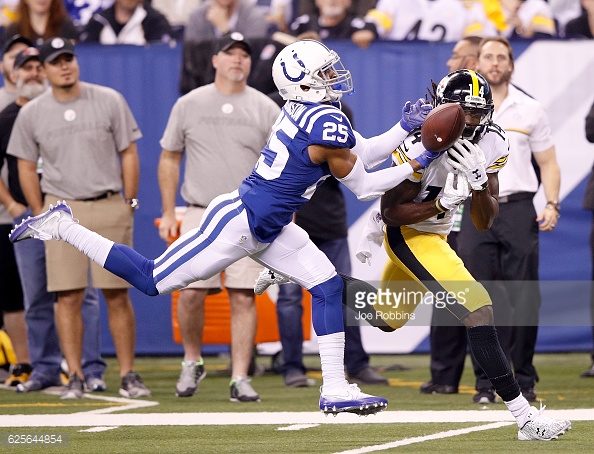 The Pittsburgh Steelers continue to look at lower-tier corner options and you may be able to add Patrick Robinson to that list. Robinson was released today by the Indianapolis Colts after one season with the team.

Colts release CB Patrick Robinson. No surprise to most of us. Clears $2.5M of cap space.

He suffered an injury-riddled 2016 campaign, dealing with knee and groin injuries and a concussion to begin the year. Officially, Robinson started six games, recording 26 tackles and breaking up five passes.

We mention his name because the Steelers brought Robinson in for a visit during the 2015 offseason before he signed with the San Diego Chargers.

That 2015 season was a good year according to Pro Football Focus’ Nathan Jahnke.

Robinson will turn 30 by the start of the season and should be had for cheap. We’ll update you if the team shows any interest.