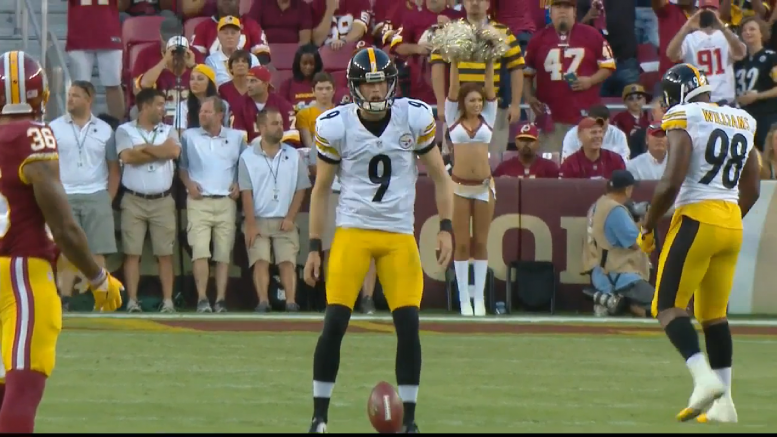 I still can’t help but find it a bit incredible that in spite of the fact that he participated in 15 games during the regular season, Steelers kicker Chris Boswell was only asked to attempt 25 field goals during all of that time. And that is including the fact that he attempted six field goals in just one of those 15 games alone.

The best thing that can be said about Boswell up to this point in his career, in my opinion, is the fact that he has gone a perfect 15 for 15 in five postseason games on field goal attempts. There is no time in which a kick faces greater pressure than in a single-elimination game, and he has been at his best in these situations.

In fact, he accounted for the entirety of the Steelers’ 18 points in their 18-16 victory over the Chiefs in the Divisional Round, which allowed them to advance to the AFC Championship game for the first time since the 2010 season.

What is a bit odd, though perhaps not necessarily concerning, is that he did miss not once, but twice on extra point attempts, on in each of the team’s other two postseason games during the year. He also missed an extra point during the postseason last year.

On the season, Boswell did miss four of his 25 field goal attempts. He missed two field goals against the Patriots at home, though both of them were from beyond 40 yards, and one was actually from 54 yards. His first miss came against the Eagles from 36 yards out, and that one was blocked. His other miss came against the Cowboys from 55 yards out and it came at the end of the first half.

The Steelers have had a tendency in their recent history to find their long-term solutions at the kicker position under pressure and off the scrap heap. They found Jeff Reed during a mid-season tryout after releasing their previous kicker, and he stayed there for a while. Reed was then a mid-season release and the Steelers found Shaun Suisham to replace him.

When Suisham tore his ACL in 2015, they tried to replace him in the preseason. The first replacement suffered a hamstring injury, so they thought they would be crafty in trading for a veteran. They had to release him after four games.

What I’m trying to say is that the Steelers found their long-term answer at kicker with Boswell because they found him the right way. In a sense, it’s actually not all that ridiculous, because his tryout demonstrated that he has the appropriate demeanor to handle pressure situations, as his postseason record shows. Which is why the Steelers didn’t waste any time keeping him on an exclusive rights tender. When he hits restricted free agency next year, it wouldn’t surprise me if they give him a long-term contract.