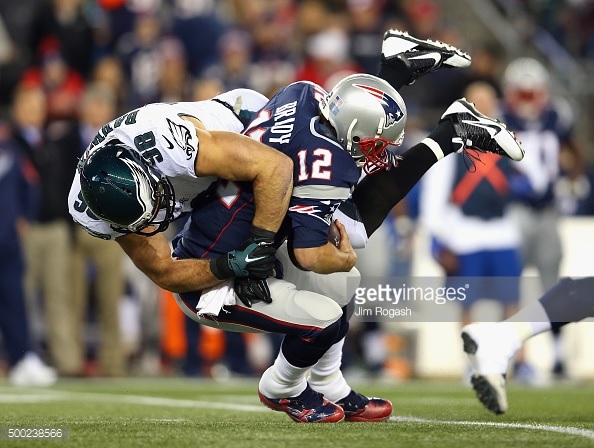 The Pittsburgh Steelers reportedly have some level of interest in outside linebacker Connor Barwin though these days, that phrase seems to mean little. But it might help take the edge off the free agents who have left Pittsburgh empty-handed today.

The report comes from John Harris, a relatively obscure reporter but the co-host of the Ike Taylor Show, so maybe he got a little nugget of info. Just keep all that in mind when judging the accuracy/reliability of the report though hey, this isn’t the type of “catchy” headline you’d just make up.

Steelers in touch with FA Connor Barwin as a replacment for Jarvis Jones, who’s expected to sign with Rams or Cardinals.

Barwin will turn 31 by October, an age that typically goes against the Steelers’ free agent path. He came off an unproductive year in Philadelphia but wasn’t a good scheme fit for their 4-3 and is a more natural stand-up linebacker. In 2014, he racked up 14.5 sacks and in 2015, he piled on seven.

In his eight year career, he has 50.5 career sacks and seven forced fumbles. Barwin was a second round pick of the Houston Texans in 2009. He would bolster the Steelers’ EDGE group, easily their biggest need in the short-term.