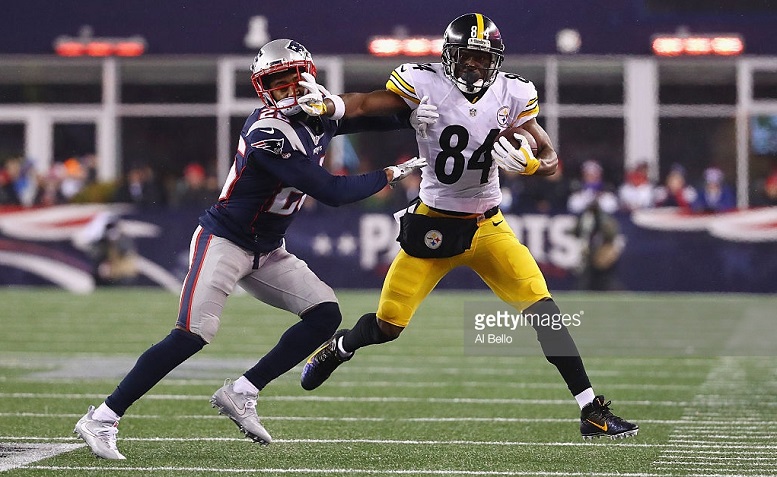 If the Pittsburgh Steelers sign a high-priced free agent at the start of the 2017 league year, it figures to be a cornerback. While several recent reports claim that the Steelers have interest in signing Cincinnati Bengals cornerback Dre Kirkpatrick, a Thursday morning report now has them also interested in New England Patriots cornerback Logan Ryan.

According to Jason Cole on Twitter, the Steelers “have been in” on several soon-to-be free agent cornerback and that includes Ryan. Cole believes Ryan looks more likely for the Steelers than Kirkpatrick at this point – whatever that means.

#Steelers have been in on several CBs, including Dre Kirkpatrick, Logan Ryan. Ryan looks more likely with Stephon Gilmore going to #Patriots

There's some solid interest between Logan Ryan and the Steelers, per sources.

Ryan, who registered 92 total tackles, 2 interceptions and 11 pass breakups last season for the Patriots, was drafted by New England in the third round of the 2013 NFL Draft out of Rutgers.

Ryan, like Kirkpatrick, is considered to be one of the top four or five cornerbacks who will hit free agency Thursday at 4 p.m. EST.

The Steelers have made early free agent signing splashes in each of the last three years. With that said, the signing of safety Mike Mitchell, running back DeAngelo Williams and tight end Ladarius Green were all mid-level additions as far as yearly average earnings go. Ryan and Kirkpatrick both figure to command average yearly salaries of well over $7 million.

Personally, I will be quite surprised if the Steelers sign either Kirkpatrick or Ryan.