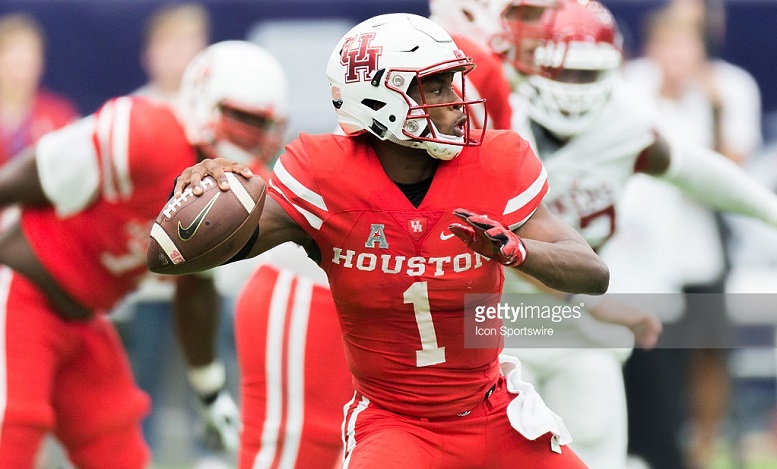 The Pittsburgh Steelers continue to meet with players at the 2017 NFL Scouting Combine in Indianapolis and on Friday they talked with a quarterback who is making the move to wide receiver.

According to Jacob Klinger of Pennlive.com, the Steelers had a formal 15 minute interview with Greg Ward Jr., who played his college football at Houston.

Ward threw 22 touchdown passes and had 10 touchdown runs last season. For his career, Ward had 8,705 passing yards and 52 touchdowns in addition to 26 interceptions. He also rushed for 2,375 yards and 39 touchdowns.

Ward reportedly measured in at 5’11, 186-pounds. It will be interesting to see him go through the gauntlet and other wide receiver drills while at the combine.

Last year the Steelers drafted Demarcus Ayers in the seventh round. Ayers played his college football at Houston as well.

Here is what NFL.com has on ward in his combine profile:

Dual-threat quarterback who consistently found ways to make plays and win. Came into college as a wide receiver and won’t have to step blindly into new position. Good speed and has the fluid hips to shake defenders in space after the catch. Coaches praise him for his toughness and football intelligence. Background as quarterback allows him to identify coverages quickly as a wideout. Has some punt return experience at Houston.