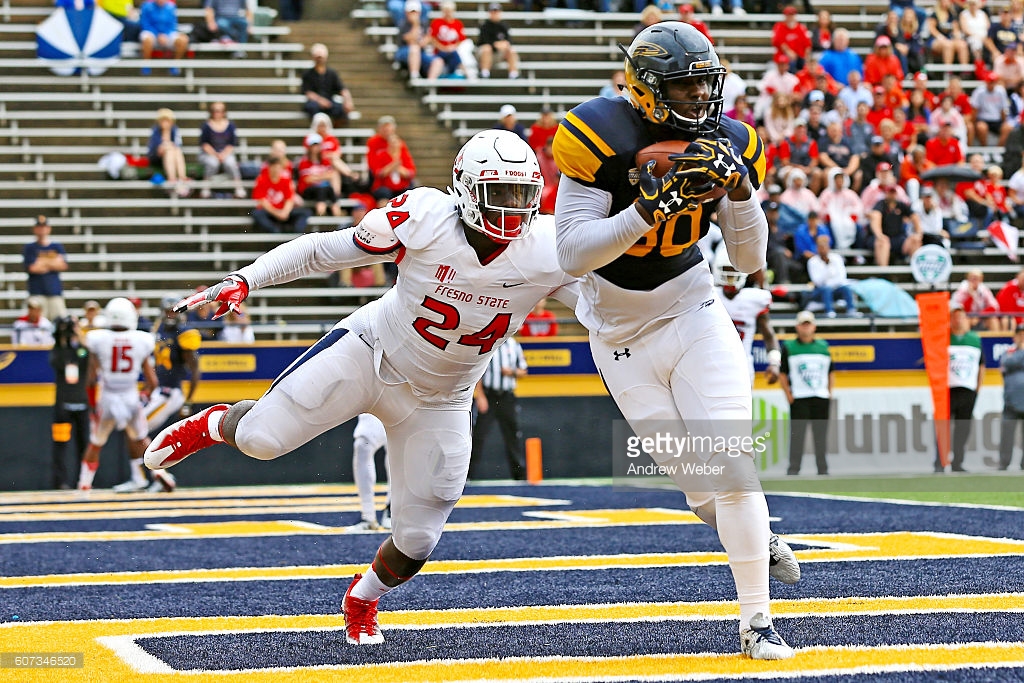 Rounding out today’s news with one last player the Pittsburgh Steelers have reportedly interviewed. NFL Draft guru Tony Pauline is reporting the team had a formal interview with Toledo TE Michael Roberts today.

Roberts had a sensational final season at Toledo, leading all tight ends with 16 touchdowns on just 45 overall receptions. He ended his Rockets’ career with 70 grabs for 832 yards and 22 touchdowns. Standing in at 6’6 270, he’s regarded highly as a blocker, a dying art in college football. With how much emphasis the Steelers put on blocking tight ends, it’s no surprise to hear they have some level of interest.

He was an invite to the Senior Bowl, giving the Steelers a grand stage to watch him closer.

Tight end is a position the Steelers are expected to look at given the uncertain future of Ladarius Green, still working his way back from a late-season concussion, at least the third he’s suffered in the past two regular seasons.

Look for a full report on Roberts in the coming future.