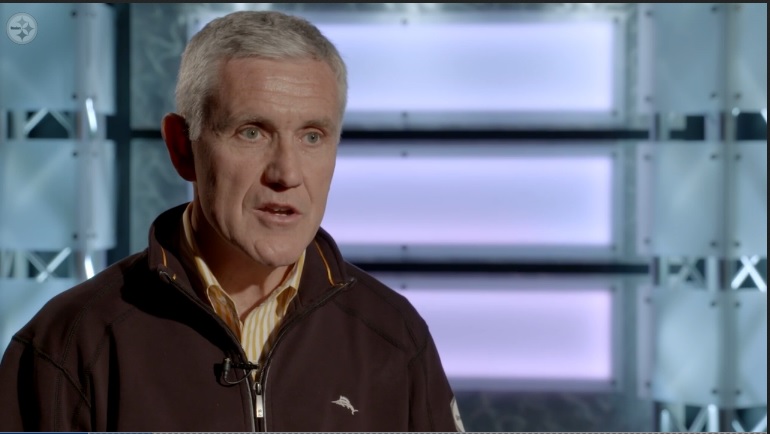 In case you were feeling too good about your Pittsburgh Steelers right now, I have a news story for you that purports to take them down a notch—frankly, with the rest of the league. A new lawsuit has been filed by former players that accuse every team in the league of irresponsibly dispensing painkillers to them with little regard for their wellbeing over the course of their playing careers.

The Steelers are featured prominently in the lawsuit, with four former players among the named plaintiffs, perhaps most notably 70s-era safety Glen Edwards and wide receiver Jeff Graham, who played for Pittsburgh in the early 90s. Also named are Marvin Kellum and Troy Sadowski.

Dr. Anthony Yates, the team’s physician affiliated with multiple area hospitals, is caught in the middle of the lawsuit, as he not only plays a leading role in helping to arbitrate change, but has also been among those accused of improperly dispensing the drugs without regard for the long-term consequences.

According to an internal league document from 2013, the Steelers were actually substantially above the league average when it came to dispensing doses of nonsteroidal anti-inflammatory drugs, writes Ray Fittipaldo for the Pittsburgh Post-Gazette. While the league average for doses over the course of a season was 5777, the Steelers in 2012 doled out 7442. That ranked 10th-most, and they also ranked 14th-most in dosing other types of painkillers.

It gets even more sticky with other current Steelers medical personnel named in the lawsuit. Graham claims that it was team surgeon James Bradley who first administered him an anti-inflammatory injection during his playing career without giving him any information “about the potential side effects or long term consequences of taking multiple injections of anti-inflammatories”. Graham concluded his testimony by saying that he would not have taken them had he known the long-term effects.

In his testimony, Graham also produced the name of John Norwig, who also remains with the team as their head athletic trainer. That makes thee members of their training and medical staff who have been named by former players in this lawsuit, which has to be at least somewhat concerning.

Let’s be clear here: this lawsuit isn’t about the Steelers, it’s about an endemic problem around not just even the league, but around the game, and, I would imagine, around many sporting professions. Players are routinely pressured by their coaches and medical staff to perform while injured and are branded weak for not performing, even if it means consuming, for example, potentially addictive painkillers on a regular basis.

There has been a movement recently that I would not be surprised continue to grow in coming years with current and former players attempting to advocate on behalf of their peers about exercising greater control over decisions about their health.

Eugene Monroe for example, talked about the “T-Train” mentioned in the article linked to above, a lineup of shots of the drug Toradol that players are given to get through practices and games. Even current Steelers player Ramon Foster has advocated on behalf of his peers on this issue as the team’s player representative with the NFLPA.