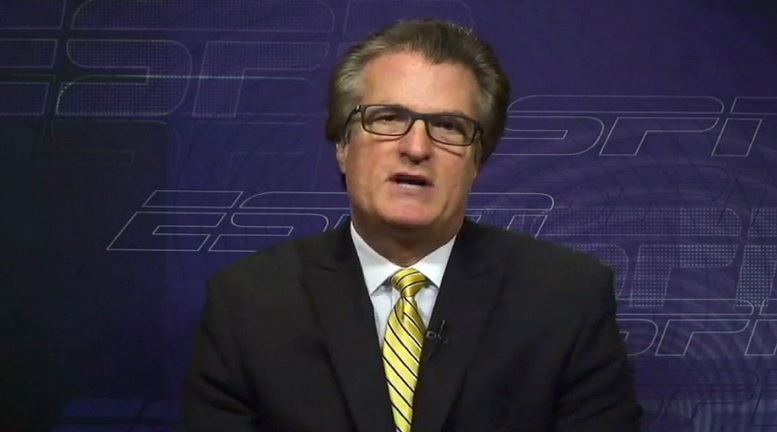 It’s almost been one full year since the Pittsburgh Steelers made their seven selections in the 2016 NFL Draft and you’ll probably be relieved to know that ESPN draft analyst Mel Kiper Jr. still likes the team’s haul.

On Thursday, Kiper did his annual reevaluation of last year’s draft team-by-team and it included him slightly increasing the Steelers grade from a B to a B+.

Here is what Kiper wrote on Thursday after reevaluating the Steelers seven selections in last year’s draft:

This draft was pretty solid at the time — hey, a B is a good grade from me! — and I think it looks even better now because I think they bagged three defensive starters that we can be sure of, and it’s for a pretty good football team. Artie Burns was certain to struggle early — you can repeat that phrase for pretty much any rookie cornerback — but he showed what a competitor he is as he got better during the season, finishing with nine starts and even three interceptions. Sean Davis also had nine starts and should have that starting role locked down going into 2017. He also shined during the playoffs.

The steal? I wrote then, “Defensive line help was a need, and Javon Hargrave has a chance to be really good.” Well, I didn’t think he’d be this good, this early. Hargrave started 19 games and will have a starting role heading into 2017. That’s really it for this class so far, but three starters is pretty good even if none becomes a star, especially because they contributed to a contender.

In case you’re curious, here is what Kiper had to say about the Steelers 2016 draft last May:

Not everyone agrees with me, but I’ve been pretty clear that I think the secondary is the biggest need area for the Steelers — who are a Super Bowl contender if they get things tightened up a bit back there — and apparently someone in that front office agrees with me. Artie Burns fills an obvious need at cornerback (where Senquez Golson is also returning), but he’s not as good as William Jackson III, who Cincinnati grabbed just one spot earlier. I really like Sean Davis and he can be plugged in at safety, though I would have taken Justin Simmons at that spot. Defensive line help was a need, and Javon Hargrave has a chance to be really good. They added useful depth at offensive tackle and a potential future starter in Jerald Hawkins, and Tyler Matakevich is a good player who has a chance to make the team as a seventh-rounder. The value wasn’t amazing, but they sure hit needs and got better, at least on paper.

Now, I applaud Kiper for increasing the Steelers grade, but was it enough? After all, the Steelers top-three selections, cornerback Artie Burns, safety Sean Davis and defensive tackle Javon Hargrave, all ultimately became huge contributors during the 2016 season and moving forward, they all are poised to be long-time fixtures on the defensive side of the football. While Davis was ultimately voted the team’s top rookie for the 2016 season, you could have made a strong argument for Burns and Hargrave to win the award as well.

In addition to those top-three selections, both of the Steelers seventh-round selections, linebacker Tyler Matakevich and wide receiver Demarcus Ayers, contributed to the team in some form or fashion as the season progressed. In the case of Matakevich, who played a few snaps on defense during the regular season due to injuries, he was a core special teams player. As for Ayers, who spent most of the 2016 season on the Steelers practice squad, he was ultimately promoted to the 53-man roster late in the year and contributed some on offense.

When it comes to last year’s fourth-round draft pick, tackle Jerald Hawkins, it’s really hard to grade him right now as he missed his entire rookie season due to a shoulder injury. That leaves us with linebacker Travis Feeney, the Steelers fifth-round selection, who was ultimately signed off the Steelers practiced squad by the New Orleans Saints.

With four weeks remaining until the 2017 NFL Draft takes place, it’s really not hard to speculate that six of the Steelers draft picks from last year will ultimately make the team’s 53-man roster out of training camp. If that happens, I’m not sure how you could give the Steelers 2016 draft anything less than an A+.