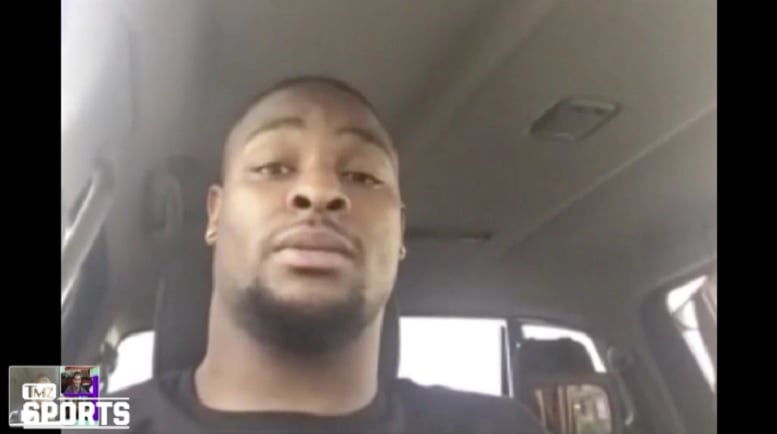 The Pittsburgh Steelers are working to get running back Le’Veon Bell signed to a new long-term contract now that they have placed the franchise tag on him and the former second-round draft pick recently talked about that process during a recent interview on TMZ.

“It’s got it’s pros and cons to it,” Bell said of the franchise tag. “I get paid off a one year deal, get a lot of money for one year, but a player like me, especially at my position, you kind of want to work towards that long-term deal. Make sure you have some security blanket to fall back on in case just something dramatic happens, which I pray don’t happen, but you’ve always got to be ready for the worst. Just prepare for the worst.

Bell was asked if he anticipates a long-term deal coming in the near future.

Aditi Kinkhabwala of the NFL Network reported Thursday night that the Steelers are currently involved in “heavy” contract talks with Bell and she made it sound like an extension could be finalized well before the July 15 deadline.