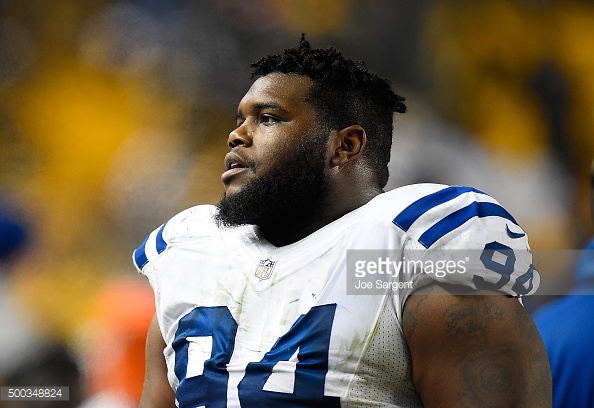 I put out my initial free agency wishlist just over a month ago. But with the official start of 2017 hours away, it’s time to revisit that list and update now that the pool is much clearer. Some of the names are the ones from before and some, of course, are new.

Josh McCown – I’m still working under my personal impression that the team will sign Landry Jones a couple days into free agency once most of the QB jobs are taken up and Jones’ pockets are still empty. But there’s always the chance he moves on to somewhere else. It’s too risky to entrust the backup job to Zach Mettenberger or a draft pick in a Colbert-professed down rookie class.

McCown has reportedly gotten some looks from teams like the Dallas Cowboys so there is still a market for him. He’s only got a year or two left in the tank but is a veteran presence who has started, come off the bench, and basically been in every situation a QB could be. He’s still a surprisingly good athlete and when his game is good, which yes, is fleeting, it’s at a starters level.

Matt McGloin – Expected not to be retained by the Oakland Raiders who are rolling with Connor Cook. Has only started one game since his rookie year. Record is pretty lousy but he was on some ugly Raiders’ teams, too. Obvious Pennsylvania ties as a Scranton kid and Penn State grad. Not crazy over the idea but it makes sense.

Blaine Gabbert – The former first round bust had a mini-revival of his NFL career in San Francisco. Put up decent numbers in 2015 (63% completion, 10 TDs, 7 INTs) and even won three games. You’re not getting huge talent but you’re getting someone with experience and has dealt with pressure of being the face of a franchise, failing, and getting back on the horse.

Benny Cunningham – Same rationale as before. Some time as a runner, most of it as a kick returner, and a good one as the latter. 27.1 career kick return average with a long of 102. Caught 93 passes and played 135 total special teams snaps, giving him value all over the place. An excellent choice to be the team’s #3 back.

Knile Davis – Ditto Davis as I have with Cunningham, though I like Cunnigham more. Davis should be cheaper and is a bigger back, more in the mold of what the team looks for. Averaged 27 yards per kick in his career and has three total touchdowns, including playoffs.

Brandon Thompson – Nicknamed Yams, one of the few guys we were able to sign in our mock offseason failure yesterday. He’s a big run stuffer coming off injury. He and Javon Hargrave’s bubble butts will cause Heinz Field to shake. Like I also wrote yesterday, he’s someone on the cheap who should push Daniel McCullers for the backup spot.

Zach Kerr – Kerr is another squatty guy but more athletic and versatile than Thompson. Had 2.5 sacks in only 318 total snaps last year with the Indianapolis Colts so that probably works out to a pretty good per-sack average on passing opportunities. Can play the nose, play the three, and the 4i (where the base ends are lining up most often anyway in LeBeau’s scheme).

Off the field, he’s a Virginia Beach kid. You know Mike Tomlin loves those Hampton Roads peeps. This one wasn’t on my last list but makes a lot of sense.

Lawrence Guy – This one seems unlikely knowing Guy will want a bigger role than what the Steelers offer, especially when his and L.T. Walton’s skillsets seem to overlap. Guy shows more pass rush ability, he had 4.5 sacks two years ago, and played well in nearly 500 snaps for the Ravens. Steelers obviously know him well from his time in Baltimore.

John Simon – Maybe one of the most likely targets when you try and connect the dots. A cheap price tag, an Ohio State alum, and someone the team brought in for a pre-draft visit before the draft, just as they did with Ladarius Green when he came out of UL-Lafayette. It’s insurance for Bud Dupree and a rotational piece if whatever rookie linebacker the Steelers select has trouble getting on the field.

Erik Walden – I floated the idea in the original list. He’s 31 years old but was super productive last year, finishing with 17 QB hits, 11 sacks, and three forced fumbles. Those are better stats than Julius Peppers and Nick Perry. His age should keep his market value down, too. It’s rare for the Steelers to go after players older than 30 but this might be the exception.

Captain Munnerlyn – He’s risen to the top of my list. Money could be an issue, he seems to want roughly $5 million per year, but if the market is a little chilly, that number will come down, especially for a contender like Pittsburgh. Should be able to win the slot job and though he’s small, he’s physical, especially in press coverage.

Morris Claiborne – This is a pretty pie in the sky idea but if the Steelers are going to go all-in on one position, I think they make a big splash somewhere, it’s probably cornerback. Claiborne has had trouble staying healthy but he’s arguably a top 25 cornerback when he’s healthy. He can play inside or out, does well in man coverage, and will support the run. Kevin Colbert surprised us with Mike Mitchell and Green. Maybe he has another trick up his sleeve.

Davon House – I didn’t study much of House but he was a really good corner two years ago with Jacksonville and had a lot of high moments with the Green Bay Packers. Maybe the Steelers can make something out of him as a lower cost option. At worst, he becomes the #3 CB behind Ross Cockrell and Artie Burns.

Kayvon Webster – Who I mentioned before as someone who can compete for the slot spot, though it’s 50/50 if he’ll win, and if he doesn’t, become a valuable special teamer. Also friends with Antonio Brown, which might help get the conversation going and/or close the deal (as Eric Weddle reportedly did with Tony Jefferson over in Baltimore).