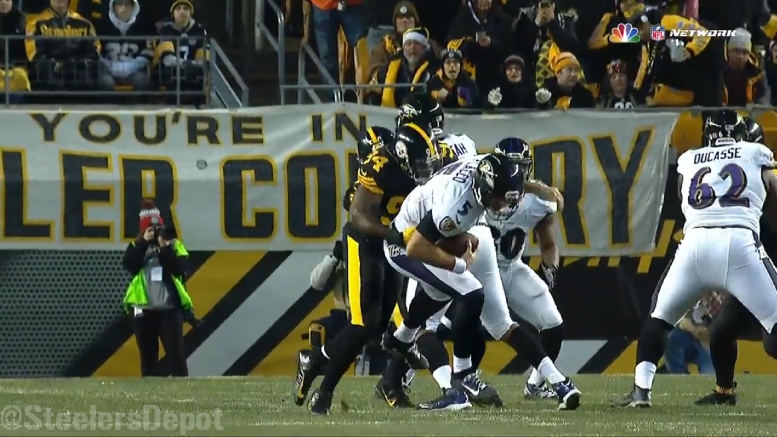 The Baltimore Ravens did much to generate their biggest problem this offseason when they allowed right tackle Rick Wagner to walk and traded center Jeremy Zuttah, which left them with just three of their five primary starting offensive linemen last season, two of whom are rookies. The way the offseason is unfolding, they will need to continue to build the line through the draft, resulting in quite a young offensive line.

The Ravens are already banking on continued growth from 2016 fourth-round draft pick and starting left guard Alex Lewis, who played well last season as a rookie in making eight starts in 10 games, but he is also far from a finish product and is coming off of a significant ankle injury.

This is also, of course, assuming that left tackle and former first-round draft pick Ronnie Stanley continues to be the plug-and-play option at the position that he appeared at times during his own rookie season, though he had some pretty poor spots, including one against James Harrison.

The Ravens are already looking at a second-year left side of the offensive line, though at least they have veteran Marshal Yanda at right guard. Baltimore has very little money left to work with, however, to pursue starting options along the offensive line in free agency, so that means either going with backup-level players in starting roles or continuing to go all-in with the youth movement.

The current in-house options to assume the starting role at center are either John Urschel or Ryan Jensen, with the former being described as too small and the latter too unathletic to be a full-time starter, though both have starting experience. Urschel has started 13 games over the past three years at both center and guard. Jensen has started nine games over the course of the past two seasons, primarily at left guard.

The options to enter the starting lineup at right tackle feature James Hurst as an option, who has started 16 games, primarily at left tackle, over the course of the past three seasons, and has frequently struggled when pressed into a starting role.

One player around whom there appears to be some optimism is former undrafted free agent De’Ondre Wesley, entering his third season. He dressed for seven games in 2015, but he spent the 2016 season on injured reserve. Still, it would be a big risk thinking you can go into the season with some combination of Urschel, Jensen, Hurst, and Wesley in the starting lineup.

Adding to the concern is the fact that quarterback Joe Flacco already had the gun-shy look last season in his first time back from an ACL injury playing behind a relatively novice offensive line featuring two rookie starters.

This will continue to be a young offensive line sans Yanda next season pretty much no matter what happens, and that is not good news for the quarterback position. Considering they are looking to renovate the running game as well, the offensive line would seem to be relevant.  I would imagine they will certainly look to get at least one starter on the line this draft.