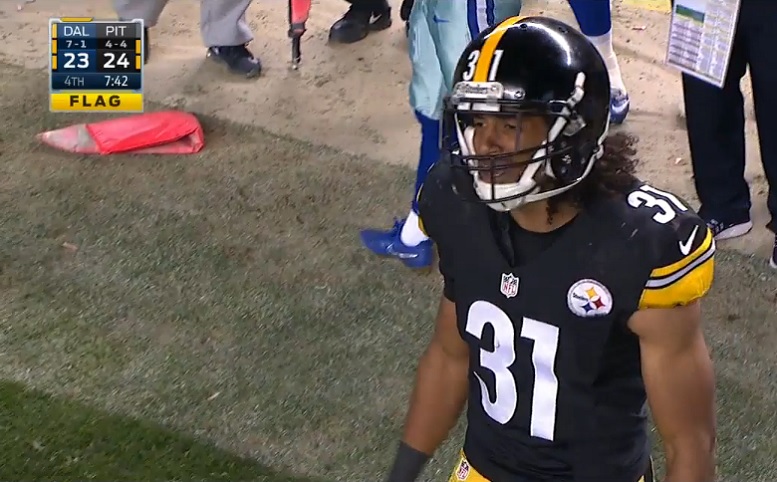 The Pittsburgh Steelers have reportedly placed an original round tender on RFA corner Ross Cockrell, per ESPN’s Jeremy Fowler. 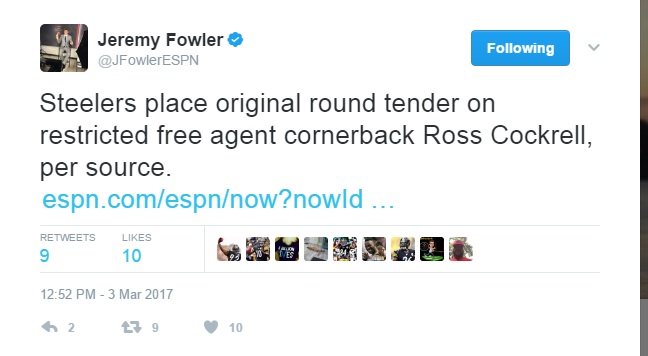 The tender will cost the team roughly $1.8 million in 2017. The original round tender means the Steelers will get a fourth round pick – the round Cockrell was drafted in 2014 – if another team signs him away. Other teams are allowed to negotiate with Cockrell and put in an offer. If the Steelers decide not to match, he goes to that club and the Steelers get a 4th.

Signed as a free agent after the Buffalo Bills released him, he became an almost immediate impact player for the Steelers. He started most of 2015 and became the full-time starter and the team’s best cover cornerback last year, finishing with 62 tackles and 14 pass breakups.

If retained, he should enter 2017 camp as the Steelers’ starting left cornerback.