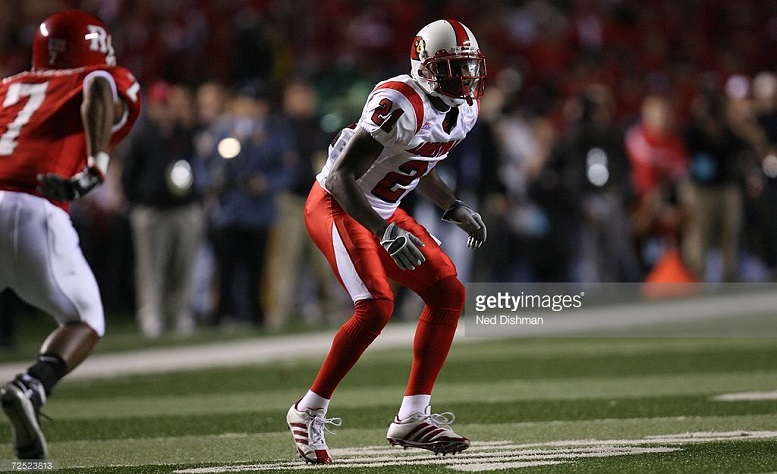 Besides a brief year long vacation to Arizona, cornerback William Gay has played every season with the team that drafted him 170th overall. Drafted in the fifth round of the 2007 NFL Draft by the Pittsburgh Steelers, Gay has seen himself grow from zero to hero over the course of his NFL career.

Coming out of Louisville, Gay was listed as the 43rd ranked cornerback in his class by NFL Draft Scout’s webpage. Gay narrowly beat his projection, ending up as the 34th defensive back taken in the 2007 draft. While Gay may not have the most interceptions out of the 33 defensive backs taken before him, he does have a few accolades that many others do not. Gay has not missed a game in his career thus far, his 160 starts are tied for tops of his entire draft class and his streak of five consecutive interceptions returned for a touchdown is a feat that no one in his class nor NFL history has ever accomplished.

Finishing with six interceptions in his senior year at Louisville, Gay’s late selection on draft day may add even more head scratching to the corner’s perceived draft stock. But the more that is read of Gay’s CBS draft profile page, a reminder of the corner’s once struggles become more vivid.

“Good short-area coverage defender, but peeks into the backfield often and loses relationship with the speedier receivers in the seam” is one excerpt from the CBS page. Another that stands out is “Showed improvement in 2006, but in the past, he lacked concentration and would get caught out of position often.”

While the matter of concentration issues is a question that can only be answered by the Steelers’ staff or Gay himself, the now 32-year old cornerback did have his fair share of rough play during his earlier years. Because of this, many in Pittsburgh were ready to move on entirely from Gay when the Arizona Cardinals signed him during the 2012 offseason, however the Steelers were not, re-signing Gay immediately after the Cardinals cut ties with him a year later.

The Steelers never lost faith in Gay due to their infatuation with the corner’s raw skills. Gay’s raw skills and tools are alluded to quite clearly in his CBS pre-draft profile.

“Has quick feet and natural movement skills in his backpedal, showing the loose hips needed to turn smoothly and transition” reads the strengths portion of Gay’s profile. Gay’s natural athleticism combined with an ample amount of experience seems to have helped establish the corner’s dominance since his return to Pittsburgh.

Gay’s scouting reports could certainly hold their own when put up against the corner’s earlier years. But when it comes to Gay’s prolonged success, it is not the case of scouting reports gone wrong but more of the reality that a scouting report is not able to scout the future. Gay played in a system that kept its confidence in him, allowing him to grow his confidence in the system and because of this, Gay’s performance increased as he aged. That is a factor that no scouting report anywhere can pick up on.