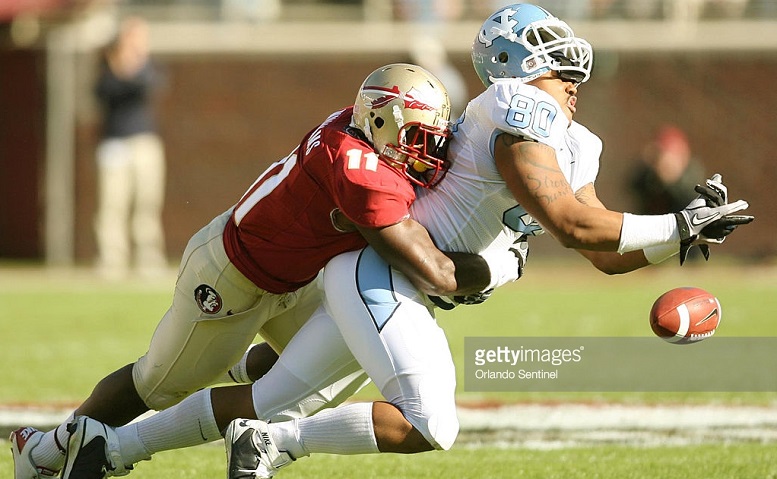 When the Pittsburgh Steelers drafted Lawrence Timmons a decade ago, the Florida State linebacker was expected to be groomed to become the heir of the Steelers linebacking core. The same expectations were not thought of when the Steelers revisited the Florida State linebacking group six seasons later to select Vince Williams. Selected in the sixth round, Williams was a tough, physically imposing linebacker that was expected to be a two-down linebacker at best. But now four seasons removed from selecting Williams 206th overall, the linebacker is set to enter his first season as a defensive starter.

Not many sixth-round linebackers ever see themselves penciled in as starters, many do not even make their team but the Steelers are not overly worried in Williams’ ability. Taking a long journey back to Williams’ senior year at Florida State, the linebacker displayed many subtle and obvious signs that would promptly court the Steelers’ attention.

Bleacher Report’s scouting report of Williams reads as follows. “Williams has a mean streak and physical edge, always looking to punish ball-carriers. He has an extra gear when he gets a read on the play, and Williams is generally around the ball.”

After starting 26 of his last 27 games at Florida State, Williams became an irreplaceable piece of the team’s defense for more reasons than just his play. Williams’ charisma and leadership were highly spoke of traits in evaluations of the linebacker’s performance.

Another excerpt from the Bleacher Report page states “Williams was a tone setter in the Seminoles defense. He was a leader on the field and his intensity never wavered.”

Setting the tone is an area where Williams’ has excelled with the Steelers, especially on special teams. Though a highlight reel of tone-setting hits could be made, you do not have to dwell any further than Williams’ hit on Tyreek Hill during this past season’s AFC Divisional Game, as you will not find a more defining hit from last season.

Despite Williams’ play and invitation to the Senior Bowl, the linebacker was not invited to participate in the NFL Combine, though this hardly changed the Steelers’ perception of him. The Steelers had seen enough in Williams to invite him for a pre-draft visit on April 1st and then just 26 days later selected him in the 6th round.

From a player projected anywhere from the 6th round to a priority undrafted free agent, Williams’ has beat the odds set against him in a record pace. Due to an injury to Larry Foote, Williams’ started 11 games for the Steelers in his rookie season, a rarity not seen in Pittsburgh since the days of Kendrell Bell. And now a year after signing a three-year/ $5.5 million contract extension, Williams will be asked to repeat what he accomplished over his rookie season and command the middle of the Steelers’ defense.