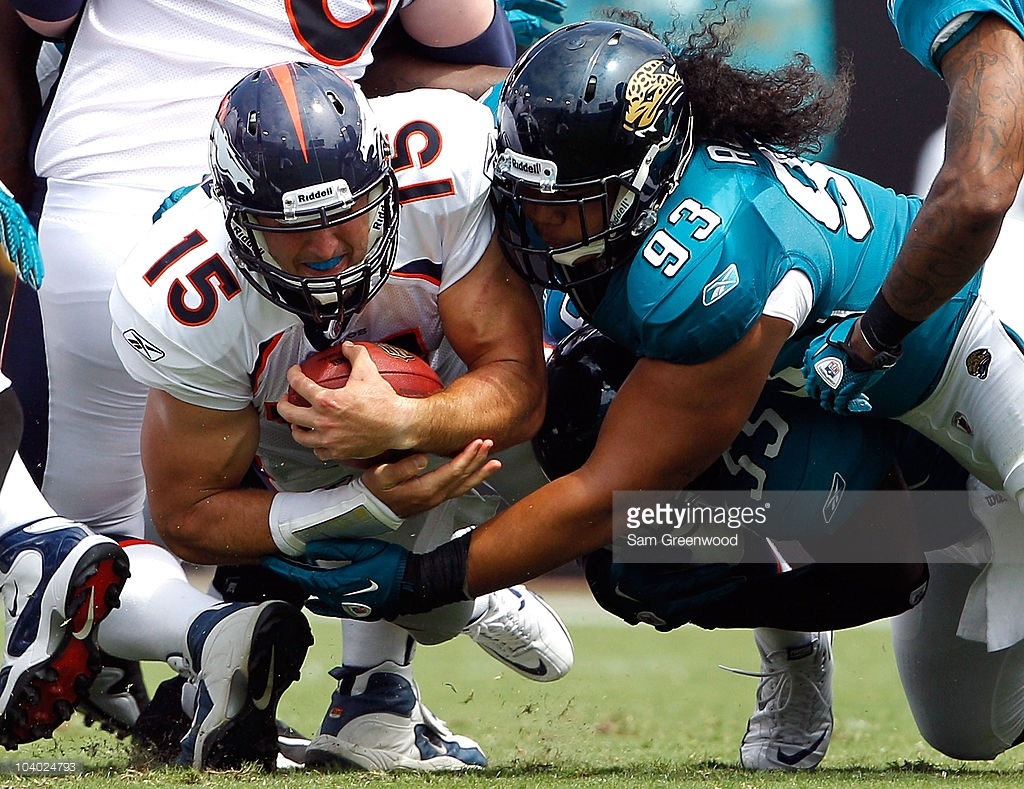 After what must have felt to many like the Pittsburgh Steelers sticking their proverbial head in the sand when it comes to free agency, the team brought in two players for visits yesterday and signed both of them, all while scheduling a third visitor to come in today, with, one would assume, a good chance of getting this one under contract as well.

After bolstering their depth at wide receiver, running back, and cornerback, the Steelers are next turning to the defensive line in hosting former 2010 first-round draft pick Tyson Alualu, who has spent his entire career with the Jaguars up to this point—as rare instance of a first-rounder staying with his original team on a low-value deal.

Now approaching 30 years old, however, the Hawaii native may find the grass to be greener in a city that gets more snow than in Jacksonville. And, ironically, he is a better fit for what the Steelers are looking for out of their defensive line now than he would have been when he came out of the draft.

6’3” and profiling between 304-310 pounds, Alualu would fit in as a three-tech, or essentially one of their down linemen in their nickel defense, which has become their base. This is essentially what the team was looking to get out of the bargain bin with Ricardo Mathews last season.

In seven seasons, he has missed just two games, recording 258 tackles with 17.5 sacks, two forced fumbles, and six passes defensed. While he is not going to push for starting time, he would give the Steelers a quality rotational option that they could feel comfortable about putting onto the field whenever they needed or wanted to.

The Steelers have been looking to upgrade their defensive line depth for a couple of years now ever since they lost two defensive ends in free agency following the 2013 season, hosting a number of potentially interesting candidates for that role that never actually managed to come to fruition.

This pairing of prospect and opportunity does have the feeling of the one that will actually work out, though, at least, in terms of getting a deal done. Alualu’s role has been reduced a bit since his rookie contract, and would probably like to play elsewhere at this point, despite not having a bullish market ahead of him. Plus the team does have some coin to spare for this type of free agent.

Defensive line depth became a critical point of discussion during the 2016 season as injuries mounted. Cameron Heyward suffered multiple injuries over the course of the year before finally being placed on injured reserve and the reserves struggled to pick up the slack. Stephon Tuitt also missed the final two games of the regular season.

Coincidentally, he likely comps fairly well to the team’s most recent significant rotational defensive end, Ziggy Hood, whom they made a first-round draft pick in 2009. Alualu should offer a bit more as a pass rusher head-to-head, but either of them would profile better in today’s Steelers’ scheme than one of even two years ago.